802.11n and 802.11ac came into being, aiming to achieve higher data rates with the introduction of the MAC and PHY layer enhancements. Though Wi-Fi is a resilient technology but not necessarily the most efficient technology owing to the half-duplex nature of the medium only one radio transmits at a particular time. As more users participate in a BSS, the MAC sublayer goes down significantly.

This scenario calls for better management. And 802.11ax is all about higher efficiency(HE) and essentially not about a higher data rate. 802.11ax is marketed by Wi-Fi Alliance as Wi-Fi 6. 802.11.ax uses PHY and MAC layer enhancements for efficient traffic management. The marketing goal has been to increase the average throughput of 4X per user in the high-density scenario. 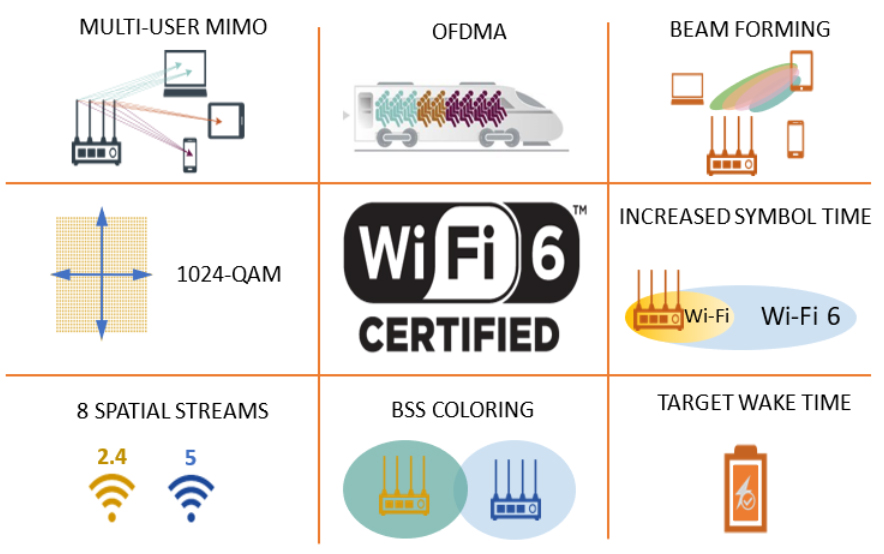 The latter half of the year is anticipating the deployment of Wi-Fi 6. WLAN 802.11ax technology assists in performance enhancement in extensively used wifi networks at various public domains like airports, train stations, stadiums, halls, apartments, public transportations, etc. It has a coverage range of about 100 meters depending on the modulation scheme used in addition to MIMO/Beamforming. Beamforming: is supported only for downlink.

The fundamental technology that is flourishing the mobile phone market is OFDMA enabling a large number of devices to be handled simultaneously.OFDMA does justice to space bandwidth by better use of frequency space. It operates at 2.4 GHz and 5 GHz bands with Subcarrier spacing 78.125 kHz with 12.8 µs symbol time. 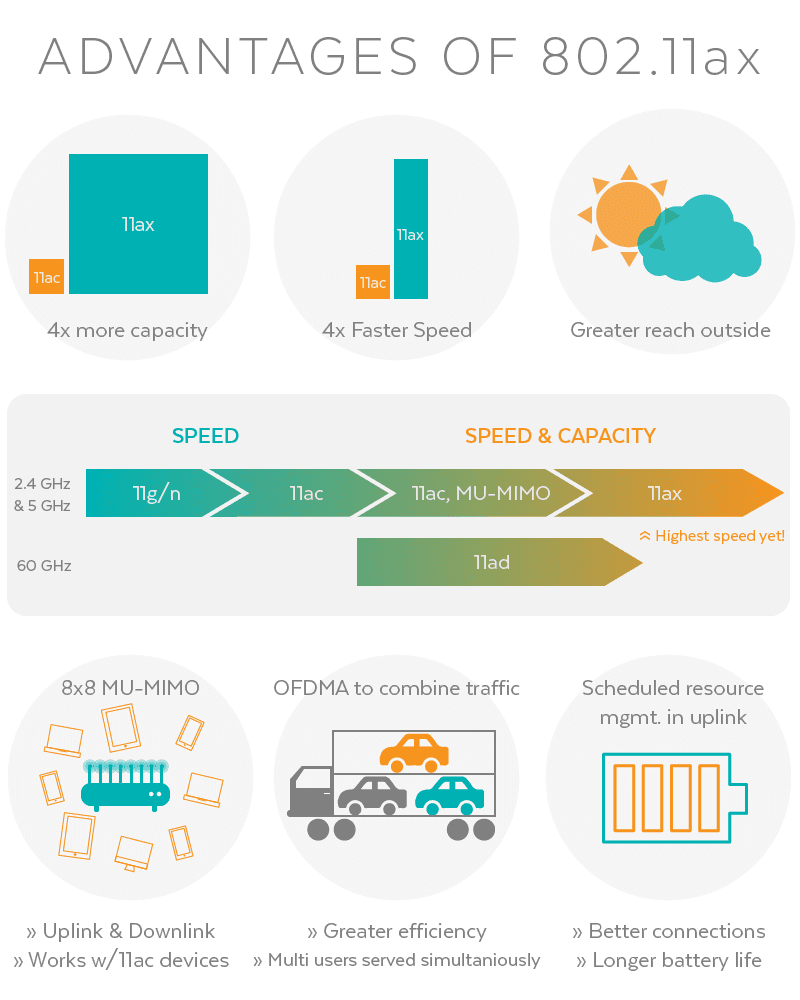 The experts are of the opinion that 2.4 GHz is still the best band around and 5 GHz io more specifically designed for IoT. OFDMA along with TWT(Target wake time) would be a major driving force for the implementation of 802.11ax  specifically designed for IoT. Boosted throughput and power control are  provided by 1024 QAM. 802.11ax defines two separate multi-user technologies: MU-OFDMA and  MU-MIMO which exhibits improved power consumption, security protocols, efficient and enhanced data rates. 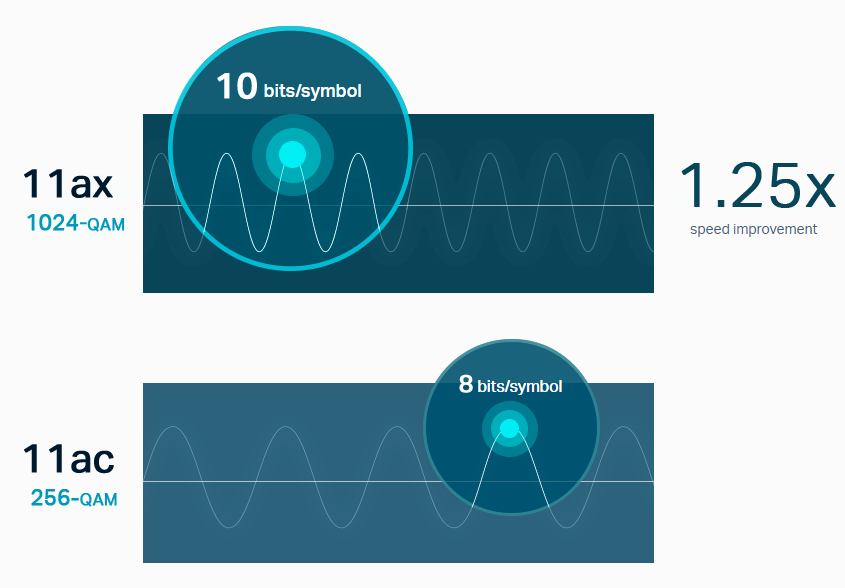 Transmit beamforming also adds to the above cause, exhibiting a higher data rate and better signal power. Wi-Fi 6 supports BPSK, 16-QAM, 64-QAM, 256-QAM modulation schemes. Channel access techniques include OFDMA on top of CSMA/CA. It exhibits a channel bandwidth Upto 40 MHz at 2.4 GHz, Up to 160 MHz at 5 GHz frequency range. 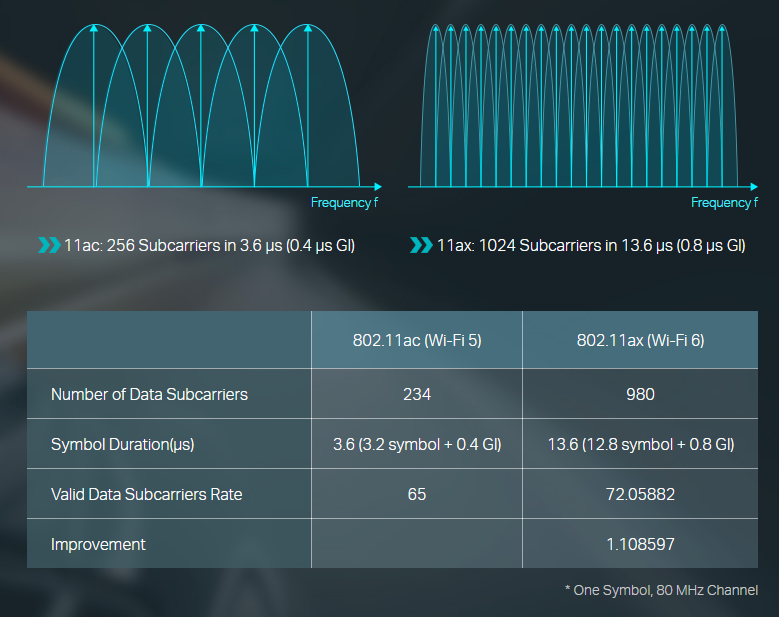 However, with so many added advantages, Wi-Fi comes with a set of drawbacks too. Efficient phase noise oscillators and highly linear RF front ends are absolutely necessary tools as at 78.125 kHz the OFDM subcarrier spacing is too narrow. To obtain enhanced performance calls for very sharp frequency synchronization as well as and clock offset correction. Here the transmission is dependent upon the trigger frames and scheduling, so the hurdle for the technology lies in maintaining the frame timing based on their clocks. Still, this is an early phase of the technology and developers all over the globe are working to fulfill the market demands and make Wi-Fi 6 a thriving success.