Massive MIMO: A boost for Next Gen 5G wireless Communication

BlogMassive MIMO: A boost for Next Gen 5G wireless Communication

Massive MIMO: A boost for Next Gen 5G wireless Communication

Cellular communication has been evolving a lot in the last decades through massive technological advancement. Experiencing a data speed of few kbps to accessing a bunch of data via video streaming, gaming or video call, totally different experience for a user. Development from the third generation to the fourth generation, the multi-input multi-output (MIMO) concept was introduced in cellular communication. MIMO implementation uses multiple antennas on both the source (base station-2/4) and destination (UE-2). MIMO enhanced the capacity and reliability of the network. Multiple streams help the user for accessing data with more speed. These advantages made MIMO a necessary element in standards i.e. 802.11n, HSPA+, WiMAX and LTE.

For next Gen wireless communication MIMO gets “Massive”, in terms of the number of antennas at transmitter and receiver end both. While MIMO implementing 4×2, 4×4 antennas, Massive MIMO transforms the scenario up to the scale of 64 or 128 configurations.

Massive MIMO enhance MIMO concept up to hundreds or thousands of antennas and terminals. These massive number of antennas on a base station provides a focus of beam to the users instead of spreading energy in all direction.

Concept of beamforming or 3D beamforming may be possible only because of massive MIMO technology. Beamforming provides performance improvement of the overall network by enhancing user throughput and efficiency. User experience will be the same even on the edges of the network by providing a focused beam to that particular user. 3D Beamforming creates horizontal and vertical beams toward users, increasing data rates (and capacity) for all users — even those located in the top floors of high-rise buildings. 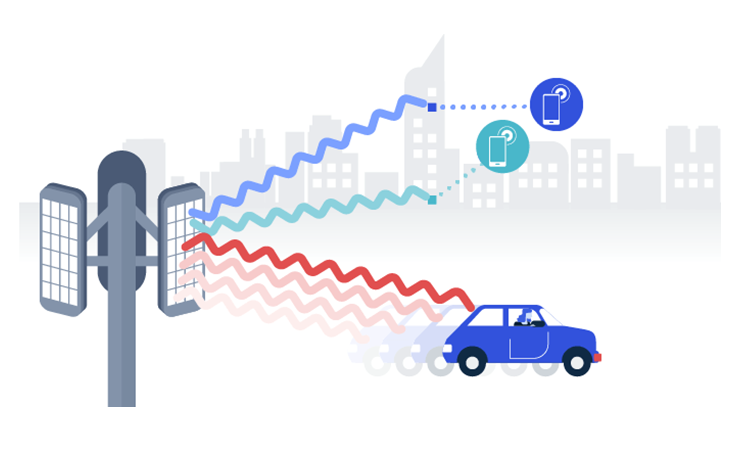 Multi-user MIMO (MU-MIMO) supports a scenario where multiple users are trying to access the network at the same time. MU-MIMO technology helps by allowing several users to access the network without congestion. Hence, Massive MIMO along with MU-MIMO enhances the capacity of the overall network.

MIMO has been deployed in last generation (4G) of wireless communication providing benefits in terms of enhanced capacity and better user experience. Now, Massive MIMO technology is one of the key concepts of 5G communication, going to play vital role in 5G deployment. Recent deployments proves its capability and essential presence in 5G scenario.