As of now 5G service remains limited to parts of Berlin, Bonn, Cologne, Darmstadt and Munich, with just 129 5G antennas. However, the company intends to bring 5G into 20 of Germany’s biggest cities.

Verizon launches 5G in 13 NFL stadiums across the US.  The service will be focused on the seated areas but could also be available in and around the stadiums.

The live-streaming videos that were recorded inside a car that moved at 130 miles, reached download speeds of 1Gbps using 200MHz bandwidth of 28GHz spectrum.

Ericsson announced that it made world’s first 5G data call using dynamic spectrum sharing. The data call was set up using an Ericsson macro radio that supported both 4G and 5G. The call was made between a 5G mobile test device powered by the Qualcomm Snapdragon X55 5G Modem-RF System and a commercial LTE smartphone 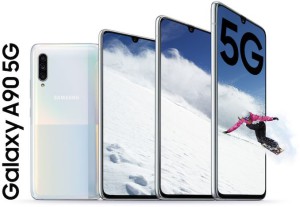 Samsung launched its 3rd 5G phone Galaxy A90 5G . Equipped with the Snapdragon 855 5G Mobile Platform, this is the first Samsung’s A series phone to support Samsung Dex & Microsoft’s Your Phone app. 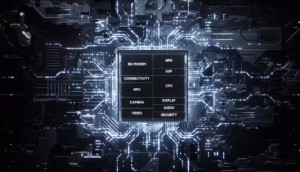 Samsung launched Exynos 980, its First 5G-Integrated Mobile Processor. Based on Samsung’s 8nm FinFET process, The Exynos 980 uses Arm Cortex-A77 and Cortex-A55 CPU cores, which seems a move away from the company’s own custom core designs 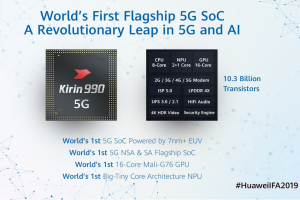 Huawei announced its flagship chipsets Kirin 990 & Kirin 990 5G, the 7-nm processor which includes a built-in 5G modem. With the announcement, Huawei joins Samsung as the only companies to have unified 5G chip design. Huawei Mate 30 to be launched on 19th September is going to be first smartphone featuring Kirin 990 and Kirin 990 5G.

Orange has selected Chinese vendor ZTE for the provision of 5G infrastructure in certain Spanish cities. With this deal, ZTE joins Ericsson and Huawei, which are also working with the Orange in the deployment of 5G infrastructure. According to reports, Huawei now has 50% of Orange’s 5G network deployments, followed by Ericsson, with 45% and ZTE with approximately 5%.

Italian telecom company, TIM & Ericsson have partnered to successfully test the 5G cloud native core network at its laboratories in Turin, Italy. Through the trials, the companies were able to prove procedures for monitoring and transmitting data traffic, defined by the international 3GPP standards.

French telecommunications group Iliad has selected Nokia as partner for its 5G network deployments in France and Italy.

AT&T and American Towers signed an agreement which aims to streamline wireless network deployments on American Tower’s U.S. sites to enhance AT&T’s deployment of 5G and other network upgrades including FirstNet, an LTE network that prioritizes first responder users

US & Poland signed an agreement to tighten guidelines of 5G network security including evaluation for foreign government control.

The deal didn’t name Huawei specifically, but it’s the latest move in Washington’s attempt to exclude China from 5G networks

Qualcomm is planning to expand its 5G modems across its Snapdragon 8 series, 7 series and 6 series processors.

The company’s 8 series chips are aimed at high-end phones like the Galaxy S10, and it’s the Snapdragon 855, alongside a Qualcomm 5G modem. The company’s 7 series and 6 series chips power much more affordable devices, like those from HMD, Motorola and Oppo.

Huawei ships over 200,000 5G base stations despite US sanctions

Huawei said it has now shipped more than 200,000 5G base stations, an improvement from the 150,000 it had shipped by the end of July, despite U.S. sanctions against the Chinese company.

The increase indicates that the U.S. sanctions have not stopped European and Asian customers from buying Huawei equipment.

Samsung announced that it has already sold 2 million Samsung 5G smartphones and saying it expects the number to exceed 4 million by the end of 2019.