All the three state-backed telecom operators, China Mobile, China Telecom and China Unicom officially launched 5G services in the world’s largest market on November 1, but the coverage remains limited only to major Chinese cities and key areas in lower-tier cities for the initial rollout

Earlier companies unveiled similar 5G plans for local consumers, with plans starting at 128 yuan ($18) per month, which will provide consumers with 30GB data and 500 minutes of voice chat. 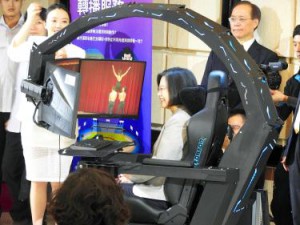 The company focuses on the delivery of real-time information, such as traffic data to vehicles using high-speed and low-latency 5G technology

Ireland’s largest communications service provider, eir, has launched its 5G network. 5G connectivity will initially be available from 100 sites serving 10 towns and cities around the country, with another 100 to follow in the coming weeks.

Optus commercially launched 5G mobile network. The company hopes to have 1200 locations for 5G coverage by early next year with currently more than 300 locations covered.

The real-time traffic navigation technology that was being trialled sends traffic data collected by cars to a server. The server then updates the map used by cars in real time with the data collected, and then sends that information to other cars for safety

Orange has launched a 5G pilot in the city of Lublin, Poland, as part of its ongoing network trials in the country

The trial uses 80MHz on the 3.4-3.6GHz frequency band to support data transfer speeds of up to 800Mbps. Orange will use 5G smartphones in the trial, alongside Nokia’s 5G radio access technology and FastMile 5G Gateways for Fixed Wireless Access

JD.com has launched a logistics park powered by 5G networks that it says will enhance site operations and drive its Industrial Internet of Things (IIoT) strategy

Located in Beijing, the warehousing facility features a new monitoring system that can detect and assess problems that occur on-site, in real-time.

T-Mobile US announced a smartphone capable of supporting an upcoming 5G network launch in the 600MHz band, with the US operator set to exclusively offer OnePlus’ 7T Pro 5G McLaren device 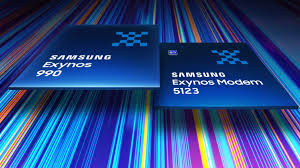 Samsung also introduced Exynos 990, its next-generation mobile application processor. Made with a 7nm process, the octa-core processor has a dual core neural processing unit and an embedded Arm Mali-G77 GPU made on Valhall architecture 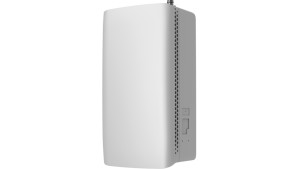 This new AU brings together a radio, antenna and digital unit into one compact box, making it the industry’s first integrated radio for mmWave spectrum, compliant to the 3GPP NR standard.

UK has altered the coverage obligation previously planned for the spectrum assignment. According to new rules, the four operators working together are expected to be able to build out to 92 per cent of the geography and thereby cover a full 95 per cent of the UK population by 2025

The C-Band Alliance announced that it will commit to clear 300 MHz of C-band spectrum to support fast 5G wireless deployment throughout the continental U.S.

In an updated filing with the U.S. Federal Communications Commission (FCC), the CBA detailed that the 300 MHz of spectrum includes a 20-MHz guard band to protect existing satellite services from 5G interference.

Hong Kong’s Office of the Communications Authority (OFCA) announced that local carriers China Mobile Hong Kong and HKT secured spectrum in the 4.9 GHz band for the provision of 5G services

In a statement, the regulator confirmed that 80 MHz of spectrum in the 4.9 GHz band had been awarded to both operators which would pay utilization fees for a total of HKD240 million ($30.6 million)

Qualcomm Inc.’s venture-capital division is setting aside $200 million to invest in 5G wireless startups, doubling down on a strategy that has propelled the chip maker through a string of high-profile challenges in recent years.