T-Mobile launches 600MHz 5G across the US

T-Mobile has flipped the switch on its 5G network, setting it live over areas of the US that it says covers 200 million people

T-Mobile will began selling the OnePlus 7T Pro 5G McLaren Edition for $899.99 and the Galaxy Note 10 Plus 5G for $1299.99. Both are capable of connecting to its 600MHz 5G network, and all T-Mobile and Metro plans include 5G access

As part of an initial commercial offering, Vodafone New Zealand customers will be able to experience 5G at no extra cost until the end of June 2020, after which an add-on will be available for NZD10 ($6.53) per connection, per month.

This 5G testing network of Orange is the first 5G stand-alone architecture network in Belgium that will be used by industrial partners. 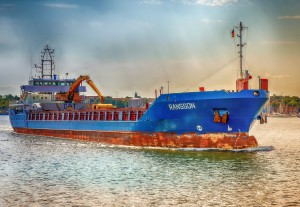 The two used a 3.3m long test ship developed by Samsung with a lidar sensor connected to 5G networks that was docked at a shipyard in Geoje City, South Korea.

5G takes to the waves with automated ferry in Norway

Ericsson, Telia and the Norwegian University of Science and Technology (NTNU) demoed a small connected passenger ferry, with an AI captain

The trial was completed in Sydney using kit from Ericsson, with the company touting that it is the only Australian telco with holdings in the 2300MHz and 3500MHz spectrum bands in metro areas. 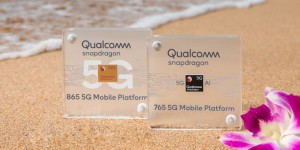 Qualcomm announced its latest flagship processor, the Snapdragon 865, at its Snapdragon Tech Summit.  Qualcomm says that the new Snapdragon 865 will offer a wide variety of improvements over its existing chips, specifically when it comes to performance, AI processing, photography, and gaming. 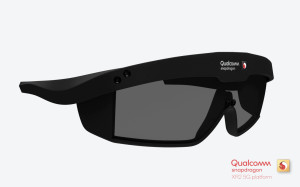 Qualcomm declared the start of its XR2 platform, which it defines as the “world’s first 5G-supported widespread reality (XR) platform.” 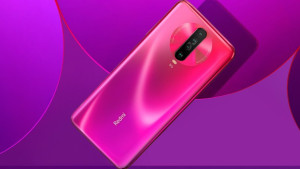 The Redmi K30 has been launched in China, in both 4G and 5G variants. The Redmi K30 features 120Hz refresh rate display and Snapdragon 765G chipset for the 5G variant.

The Redmi K30 5G has four configuration options, with the base variant, starting at 1,999 Yuan for 6GB RAM and 64GB storage

The FCC has voted unanimously to propose freeing up the majority of the 5.9 Ghz band for WiFi and other unlicensed uses, looking to help create an unlicensed wideband WiFi superhighway to 5G.

The FCC is proposing freeing up the lower 45 MHz exclusively for unlicensed and the upper 30 MHz for V2V communications, including 20 for C-V2X.

FCC rolls out a $9 billion fund for rural 5G connectivity

The funding is intended to help carriers deploy 5G in hard-to-serve areas, those that are sparsely populated and/or have rugged terrain. At least $1 billion will be reserved for 5G to support precision agriculture.

Huawei’s lawsuit argues that the FCC order is unlawful because it gives no evidence of the national security threat that the company poses, which is in violation of the US Constitution and other laws.

Samsung dominates the 5G smartphone market, accounting for three-quarters of shipments in Q3

Samsung has carved out a commanding lead in the nascent 5G smartphone market, with the company accounting for three-quarters of worldwide shipments in the third quarter, according to IHS Markit Technology.

Intel Partners with MediaTek to Make 5G Modems for PCs

Intel said the world’s leading PC makers, Dell and HP, would be the first to start selling laptops based on the 5G modem, which it plans to pair with its CPUs, WiFi and other chips.

Amazon partnered with Verizon to incorporate WaveLength technology into parts of its wireless network.

At Amazon Web Services’ annual re:Invent conference on Tuesday, AWS CEO Andy Jassy said the company is introducing a new service, called WaveLength, which puts technology from AWS “at the edge of the 5G network,” or closer to users’ devices.

Deutsche Bahn expects that the trial will help it gain insight into the feasibility of 5G as the connectivity layer for digitalised operations in railways.

The company announced Huawei will partner with Finland’s Nokia as suppliers to complete the first part of its radio access network, or RAN

State-controlled mobile operator Telenor announced that it selected Ericsson as RAN vendor for its planned 5G network in Norway, ditching Huawei, which was the RAN supplier for Telenor’s 4G network.

Telenor will phase out Huawei over the course of the 4-to-5-year network modernization project, using the vendor to maintain the 4G infrastructure, and also upgrade to 5G coverage in selected areas of the country.

InterDigital, Inc. has filed a patent infringement action in the United Kingdom against Huawei seeking, among other things, a determination of fair, reasonable and non-discriminatory (FRAND) terms for a license to InterDigital’s portfolio of 3G, 4G and 5G standards-essential patents

InterDigital’s previous license agreement with Huawei was reached after a lengthy arbitration process, the outcome of which was approved by the Paris Court of Appeals in 2016.