Halo v. Pulse and the Effect of Meticulous Research

BlogHalo v. Pulse and the Effect of Meticulous Research

Halo v. Pulse and the Effect of Meticulous Research

Last semester I took a class on Judicial Process. Our final grade was based on a paper. In my paper, I attempted to analyze common threads between Justice Scalia’s and Judge Posner’s judicial interpretation theories. I worked hard; I research my heart out, I read and wrote until I could do no more. Well, until the end of the semester. I received a good grade.

At the beginning of this semester, I picked up a package with a copy of my paper where our professor included feedback. My professor wrote that my attempt to find a common thread between Justice Scalia and Judge Posner’s judicial interpretation theories fell short. I understand why I received that feedback: my attempt fell short because there was no way I could appropriately and effectively analyze such a vast topic in ONLY ten thousand words. However, the feedback didn’t stop there. Although I missed the mark, I was told I received a good grade due to my meticulous research and writing. I was happy to see my hard work gave me a positive outcome.

What does this have to do with patent law? Glad you asked.

In June 2016, SCOTUS issued a decision in the case of Halo Electronics, Inc. v. Pulse Electronics, Inc. The decision discarded the Federal Circuit’s Seagate test previously used to determine willful infringement and awarding enhanced damages in patent cases. An important aspect of this decision is the effect it has on company’s research and development departments. Here is why.

Whether you work as in-house counsel at a company or an attorney defending a company, it is imperative to develop a record of due diligence in research and analysis so that if a patent infringement lawsuit ensues, you can demonstrate to the court your alleged infringement was not willful. You want a record that reflects meticulous research and efforts to find anything that could curtail the possibility of infringement. Performing that meticulous research will curtail enhanced damages if found to infringe a patent. Not only that.

Does the extra work pay off? Absolutely.

Various cases are showing that the courts are taking due diligence efforts into account when deciding whether to enhance damages. For instance, a Delaware district court found no willfulness in relation to three patents infringed by AVX. Although AVX knew about all three patents at the time of the alleged infringement, the court held that the conduct was not egregious or wanton because AVX performed a reasonable investigation during that period. (Greatbatch Ltd. v. AVX Corp., Civil Action No. 13-723-LPS (D. Del. Dec. 13, 2016).

For instance, performing a simple patent analytics research on AVX Corp. provides information on the company’s trends as well as top concepts. 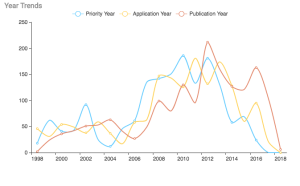 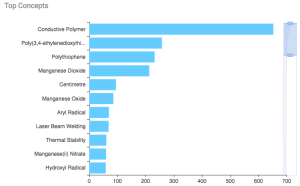 Not performing or restricting research and development (“R&D”) teams from exposure to patent documents thinking this will counter alleged willful infringement is no longer an effective option to avoid enhanced damages. It is best for research teams to know the patent landscape. Otherwise, ignorance (willful or not) could hurt a company in the long run. Companies should have systems or services that collect relevant information and provide analysis of documents, technical information, and other relevant discussions that can strengthen a good-faith position of non-infringement or invalidity. Doing the extra research will pay off. It paid off for me and I was only writing a ten-thousand-word paper.