With the advent of information technology enabled by enormous compute capability, data storage and lightning fast networks, human mind has been bombarded with sensory overload. This has led us into further innovation like big data analytics and extracting meaning out of the huge data volume. As the processing speed and integrated circuit density hits a roadblock, architectures that enable parallel compute and storage and in-memory compute are emerging to reduce the memory bottleneck. The older CPUs compiled set of instruction sequences into binary streams and fed them into pipelined datapaths and GPUs increased the parallelism for repetitive operations done on graphic data which was later used for machine learning applications that usually involves repetitive matrix multiplications. Advances like vector processing or tensor processing are attempts for dataflow evolution to bridge the gap between real-life information feed (e.g. natural language, hand written text, traffic images) and what actually goes through the data path registers. The latest development in this field has been graph computing which implements symbolic or evolutionary AI.

Graphs are the best form of data representation when it comes to human mind and successful attempts have been made to implement processor architectures that can input graph information in the form of nodes and networks and process them to generate useful output. This process is called graph computing and has been implemented on Intelligence Processor Units developed by Graphcore. If you have been following the article till now, you can easily see the common thread of trying to normalize the data structure (from binary sequences to vectors to tensors to graphs) that can be efficiently processed by downstream processors sitting on the edge devices as it is done by humans today.

One of the best applications that can benefit from those developments is self-driving cars. The constantly changing landscape, moving obstacles and traffic lights can be fed in the form of graphs whose node values are changing at very rapid pace. As processors evolve to crunch those graphs at lightning speeds with zero tolerance for error, truly autonomous driving will be become as ubiquitous as air travel. In a talk hosted by Connected Data London, a researcher from Facebook explained the concept of knowledge graphs for machine learning to be good for human representation but not very efficient to be executed on machines. However, I disagree because for the most critical edge computing application like collision avoidance in autonomous driving, the landscape ahead can be taken in by different sensors like camera, LIDAR etc. and a graph can be formed from the collated data. Now as the landscape does not change at very rapid pace, data from different sensors can be combined through sensor fusion and different nodes of graph can be executed at different time (on detecting change in value) and all those changes can be pipelined through GPUs at a very high execution rate. So this is one example where graphs can be used for human-friendly data representation structure which still remains efficient for execution.

Now graph computing is not as novel as it seems to plain eyes. In fact it has been used by the semiconductor industry inside EDA tools for quite a long time. The circuit layout formed on EDA tool is intrinsically stored in memory as netlist which is a set of connected nodes and edges. Similarly a quick patent search on PCS analytics tool can show you that graph computing has been implemented in domains like cardiac tracking by GE, web page ranking by Microsoft Corp. and on-chip signal integrity analysis by Microsemi SoC Corp long before it was implemented in processor architecture by Graphcore. In fact, when ARM sells Cortex cores to manufacturers of mobile phones, it converts processor core circuit into a black box with a set of interfaces to take input from other circuit blocks and provide processed output. This enabled ARM to convert a circuit design into IP cores which are now omnipresent on almost all edge devices.

As intellectual property (IP) assets become an increasingly important driver of competitive advantage, companies are looking for better ways to mine their IP for business intelligence. Patent analysis is an effective way to analyze patent portfolios and extract the types of insights that guide business strategies. Analyzing IP assets  involves a detailed state-of-the-art search that provides a competitive view of an industry, market segment, or geography from an IP perspective. It is used to determine how and to what extent competitors are protecting their innovations in critical areas of technology. Dolcera has developed a standardized process of IP portfolio analysis where subject matter experts from different technology backgrounds can look into an IP asset and provide a 360 degree view of market value, alternative applications and potential for licensing.

Understanding the market value of an invention is key to any business. Market analysis is a quantitative and qualitative assessment of potential market for any new product to be launched. Today, India is considered as the world’s sixth-largest economy by nominal GDP and the third-largest by purchasing power parity. However, Indian economy faces some key challenges that can make-or-break any innovation if it is not navigated properly. If you have ever been to India, the first thing that strikes you as you move out of the airport is the sheer number of people everywhere and the ensuing chaos at every level.  One of my friends who was on a visit to Delhi after 10 years at US, stepped out of air conditioning for a few minutes in June summer and exclaimed “It’s a furnace out there, How do you guys manage to live here”. 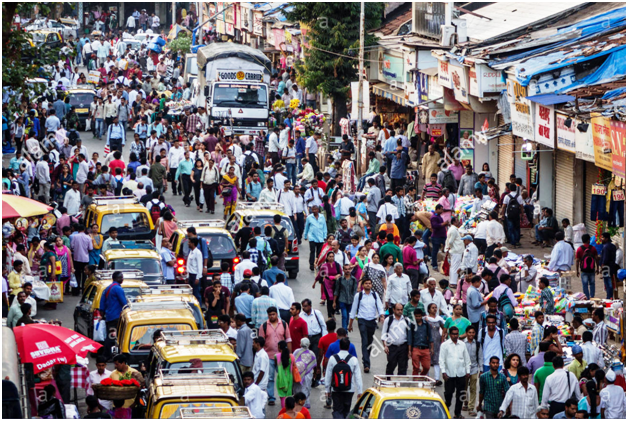 As the globalized world moves into 5G connectivity and smart devices feed data into the cloud generating useful insights and shaping business strategy, there remains a parallel world out which is still struggling for basic infrastructure like good roads, uninterrupted electricity and clean water. So what is it that is so mystic about India which has attracted the best Western minds to come here and settle down in the quest for deeper meaning of life.

As per Ancient spiritual wisdom, we cannot change the world outside us. The more we try to control and change the world outside us, the more we get stressed due to realization of our limitations. The only change we can bring is within us. So if we are one of the nodes in this intricately connected graph, we have the power to only change one node i.e. self. And to bring that change in self-node, one needs peripheral awareness of the world and where we stand in that world. Now all the nodes of this graph do not change simultaneously or we would have gone completely mad dealing with everything at a time. Things happen to us in a sequence and we either react without thinking or respond after introspection. So when we react without thinking, it is thoughtless action or unprocessed rubbish. But when we analyze the whole graph and the significance of the changed value of the node, we generate appropriate response which is the true market value of any innovation.

To get a realistic evaluation of the market potential for any technology in a diverse and complex market like India, it takes lot of painstaking research with uncertain returns. We at Dolcera bridge the gap by connecting the nodes and highlighting the white spaces. With experts in market research and IP portfolio analysis located in the key technology hub of Hyderabad in India, Dolcera offers a unique potential to look into the size of Indian market both in volume and in value. Dolcera can help to grow your business with selective optimization by increasing your awareness about the various customer segments and buying patterns, the competition, and the economic environment.