IP valuation is a complex procedure taking into account economic, technology-related as well as juridical factors. The heterogeneity of the factors concerned and the specific purposes addressed in every valuation do not allow adopting one generally-accepted standardized IP valuation model, but there are a variety of different models and tools comprising different approaches. The main approaches are:

We have used the Discounted Cash Flow (income based method) due to following reasons:

The generic methodology for IP revenue estimation is given below

In order to assess the dual mode mobile market, the following steps were performed

For this calculation, we have assumed

The growth of dual mode mobile handset units and the market share of leading Wi-Fi handset vendors is shown below: 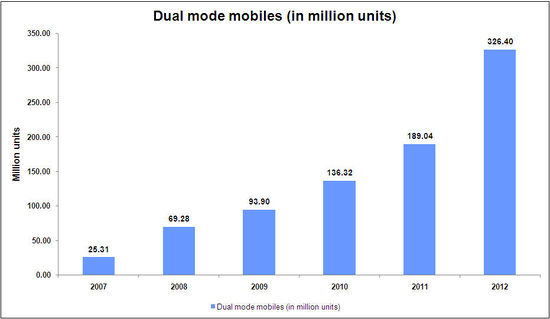 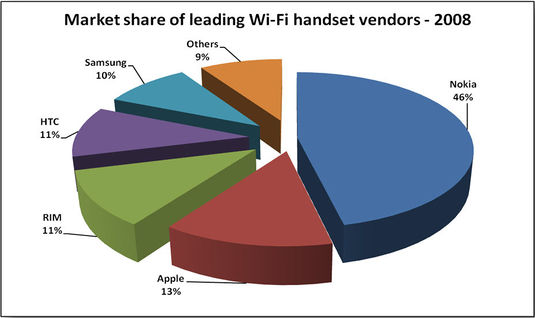 Importance of IP to the product market

Focus of the patent

Multi-mode communication device and method of its operation

Following assumptions were made for the IP valuation