Sample of the RNAi Database Dashboard 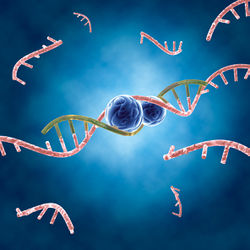 RNAi pathways are guided by small RNAs that include

shRNA uses a vector introduced into cells and utilizes the U6 promoter to ensure that the shRNA is always expressed. This vector is usually passed on to daughter cells, allowing the gene silencing to be inherited. The shRNA hairpin structure is cleaved by the cellular machinery into siRNA, which is then bound to the RNA-induced silencing complex (RISC). This complex binds to and cleaves mRNAs which match the siRNA that is bound to it. Source 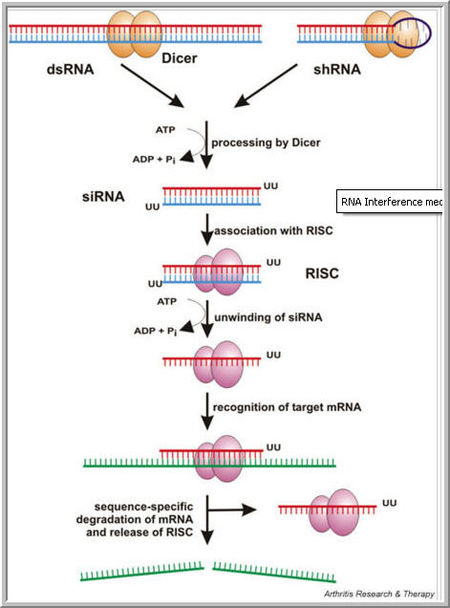 Grouping specific elements into more general categories is conceptually easier and cleaner than is entertaining hundreds of specific elements separately. We categorize the information from analyzed patents and scientific literate into four levels of taxonomy which allow both “bird’s-eye view” and “in-depth views” of scientific technologies. 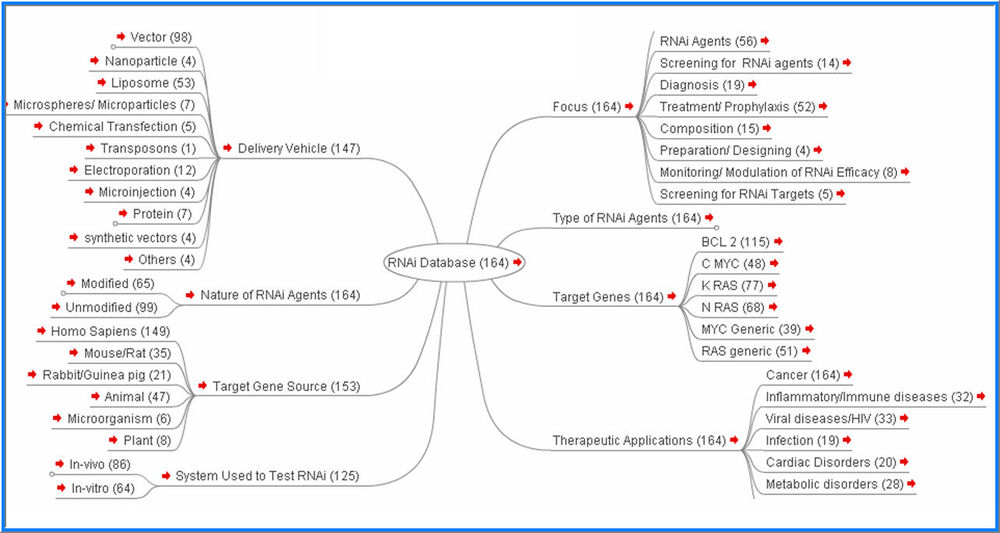 The dashboard also depicts the associated information with RNAi agent on the click of your mouse such as patent number, patent title, length of RNAi agent (siRNA), identity score etc. 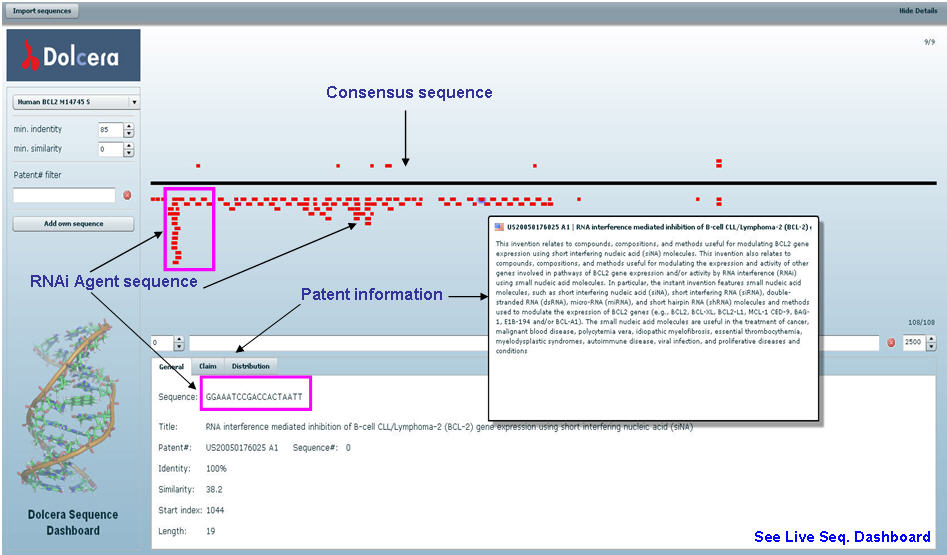 Experimental data may be qualitative or quantitative, each being appropriate for different investigations.

Quantitative data was captured from following RNAi experiments for patent focusing on therapeutic application and compared.

More such comparison matrix can be prepared for patent having varied focus such as on delivery vehicle, nature of RNAi agents, target gene source, system used to test RNAi etc.

Ranking of patents can be done on the basis of focus of the study, experimental data disclosed, effectiveness of RNAi agent, type of model used to test the RNAi agent, etc.

Experiments yielding qualitative data, mentioned below, can’t be compared but are equally important. We did not miss them!