Difference between revisions of "OTC products for acne treatment"

A global understanding of markets, products, and distribution channels related to the acne product market. Our overall focus is on the OTC market, not prescription.

Acne vulgaris (commonly called acne) is a common skin condition, affecting 85-100% of people at some time during their lives. It is caused by changes in the pilosebaceous units, skin structures consisting of a hair follicle and its associated sebaceous gland. It is characterized by noninflammatory follicular papules or comedones and by inflammatory papules, pustules, and nodules in its more severe forms. Acne vulgaris affects the areas of skin with the densest population of sebaceous follicles; these areas include the face, the upper part of the chest, and the back. Severe acne is inflammatory, but acne can also manifest in noninflammatory forms. Acne lesions are commonly referred to as pimples, blemishes, spots, zits, or acne. Source

There's been a gap in products marketed to adult women--little or nothing was available to address their acne needs, and as a result, sales have lagged. "No one was looking to target the 30- to 40-year-olds," said Lee Feldman, vice president of sales for Advanced Research Labs. Source

Acne is a common occurrence at puberty. With the increased production of sex hormones, the sebaceous glands become hyperactive. Androgen and progesterone are responsible for the hyperplasia of the oil glands. The usual premenstrual flare-up is explained by some observers as occurring during the period when the normal androgen-estrogen balance in the blood is altered in favor of androgen. Hence hormonal imbalance is held responsible for causing acne. Psychogenic stresses particularly the habit of picking pimples, makes them worse.

Besides seborrhoeic diathesis and hormonal imbalance, other factors which aggravate acne are:

There are various types of acne and they are:-

Medical treatment is suggested only in cases of chronic or severe acne and should be taken from the dermatologist.

To outline the drug treatment, it aims chiefly to:

Benzoyl Peroxide preparations available as gels and lotions have become very popular in the treatment of acne. Cream "Ultra Clearasil" is a very potent Benzoyl preparation. One of the main action points of Benzoyl Peroxide is to kill bacteria. It releases oxygen which helps in killing aerobic bacteria.

The sulphur drug preparations, available as creams, gels and lotions, are extremely effective in treating acne. Like Benzoyl Peroxide, sulphur is committed to killing bacteria. Sulphur is a disinfectant and used in skin treatments for eczema, etc.

Tetracycline usually has no side-effects and hence is the safest drug. However, in some uncommon cases, it causes bilousness, indigestion, vaginal thrush or rash.

Objective A global understanding of markets, products, and distribution channels related to the acne product market. Our overall focus is on the OTC market(Excluding prescription drugs).

Secondary data sources are only used to conduct the research.

The list of various sources used to conduct the research are as follows:

Scope of the study 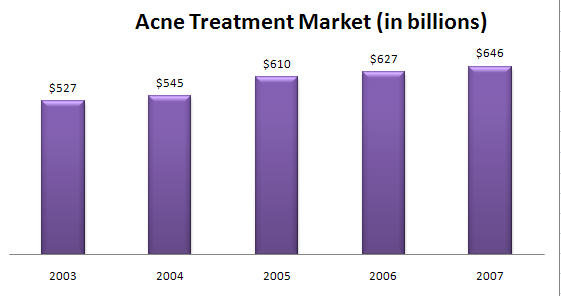 J&J commanded over 47% of anti-acne preparation sales in 2007. About 27 points of that share was yielded by the Neutrogena brand and another 16 points by Clean & Clear. J&J’s closest rival was Reckitt Benckiser, which had only a 15% share, thanks to its early 2006 acquisition of Boots Healthcare and its time-honored Clearasil brand. 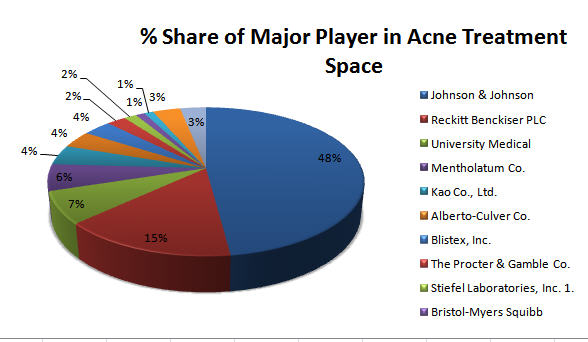 Here we have divided entire population into various categories. This categories are defined as follows:

Here, we had tried to categorize the the different products under following 3 categories.

The below information is regarding the target group and categories are obtained from company websites and review published on various online pharmacy sites.

This report covers the product available in mass distribution channel only.

Link to the Product Dashboard

Snapshot of the dashboard 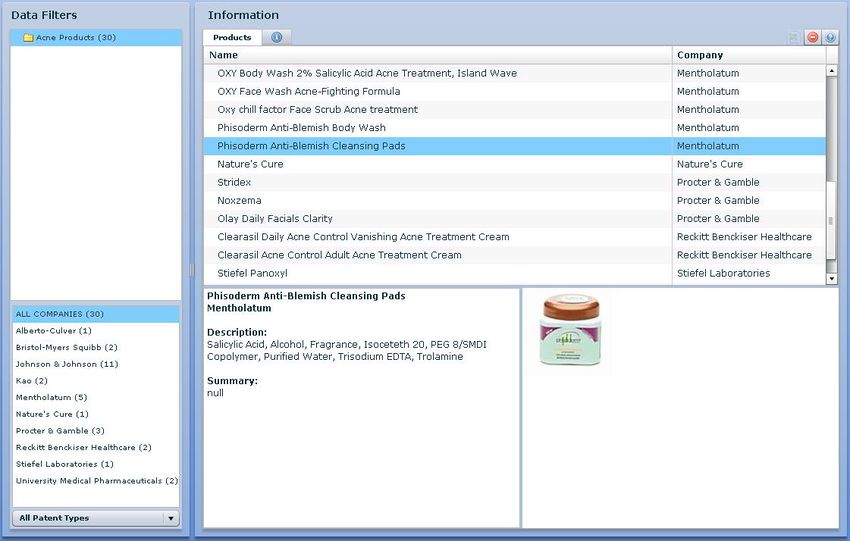 Following figure shows the sales of acne treatment product during the period 2004 to 2007. 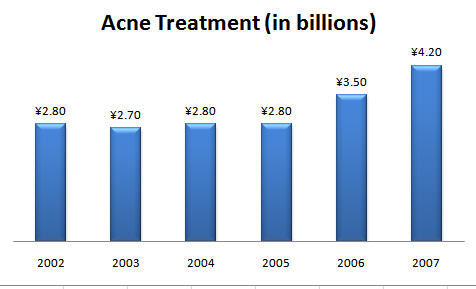 Brands and their Sales 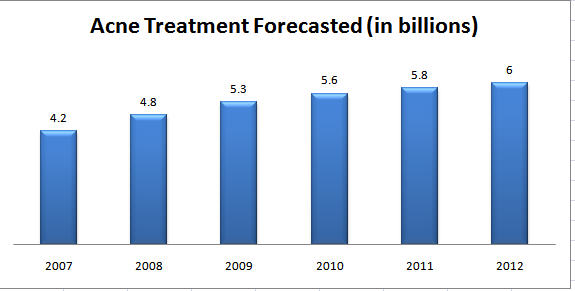