We have divided our analysis broadly into 3 parts:

We performed Cluster Analysis to determine the mobile segments that are most likely to shift to the OLED mobile category. Cluster analysis is the assignment of objects into groups (called clusters) so that objects from the same cluster are more similar to each other than objects from different clusters. Objects in a cluster are similar to each other. To determine the cluster, certain characteristics like Input, Display Size etc. were considered.

OLED (Organic Light Emitting Diodes) is a flat display technology, made by placing a series of organic thin films between two conductors. When electrical current is applied, a bright light is emitted. OLED use organic semiconductor materials instead of inorganic semiconductor materials used in conventional Light Emitting Diodes (LED). Through a process called electrophosphorescence, organic light-emitting diodes, or OLEDS, produce light in the presence of an electric current. Like any other diode, OLEDs only permit an electric current to pass in one direction. Unlike diodes made from inorganic semiconductors, however, OLEDs are very flexible because they are only 100 to 500 nanometers thick, which is about 200 times smaller than the thickness of a human hair. As a result, OLEDs are very flexible and can be made in very large sheets. They use less energy than LEDs as well.

The easiest way to understand OLEDs is to compare them to LCDs. LCDs are made by placing a color filter over a white backlight source – filtering out the colors that are not wanted for each pixel. If you want to display blue, you'll have to filter out green and red. OLEDs, on the other hand, are emissive – which means that you simply need to display the colors you need for each pixel – which is made from three color (RGB) OLED “pixels.”

An OLED can be made of a single layer of organic material but multiple layers increase efficiency and effectiveness. A typical OLED is comprised of five layers of material as follows: 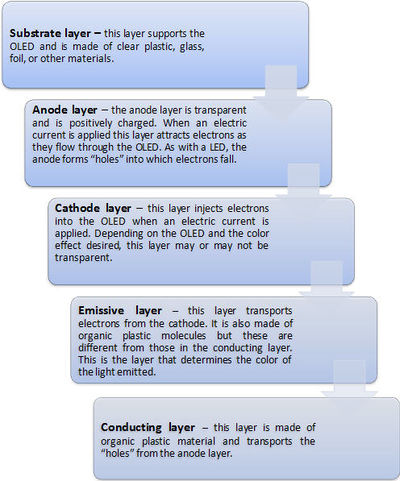 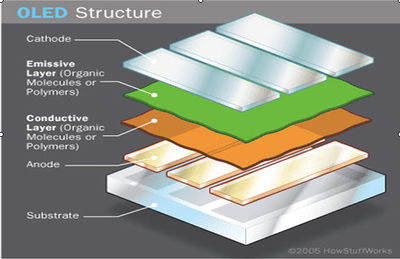 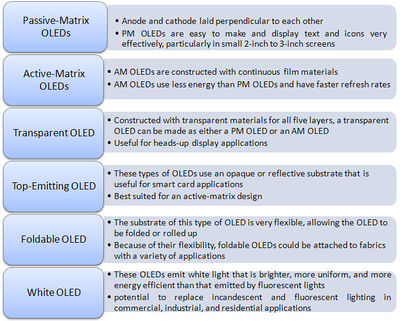 The ten biggest applications for OLEDs over the next eighteen months are:

The key players in the OLED mobile phone category are:

Advantages and Disadvantages of OLED 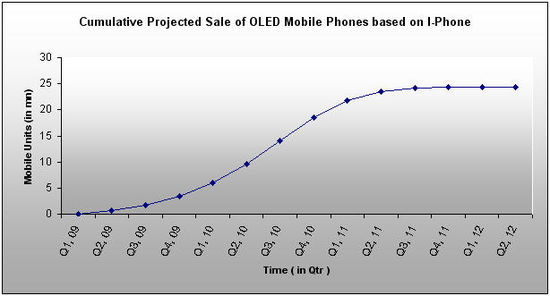 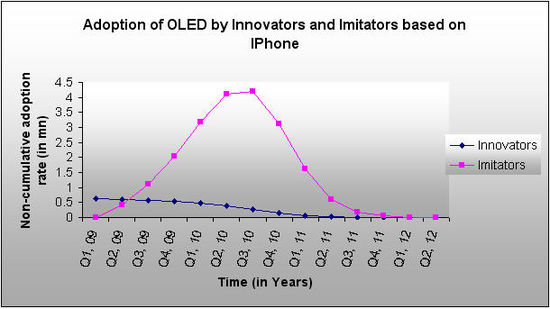 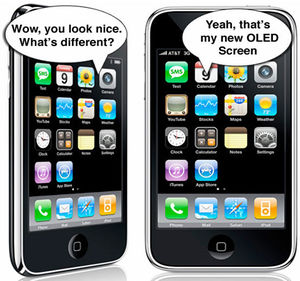 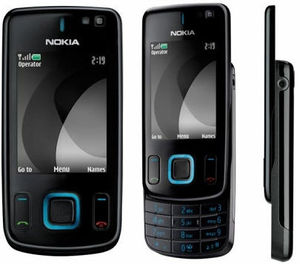 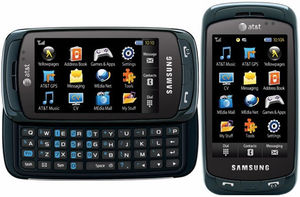 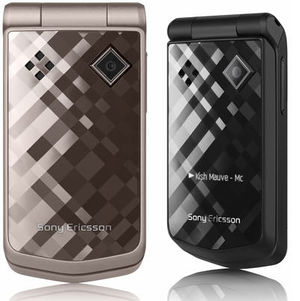 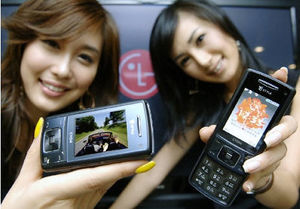 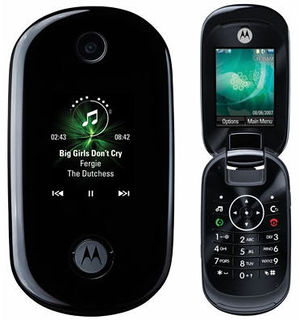