Although PSAs can be obtained by different polymerization processes (i.e., emulsion, solution, hot-melt, or radiation curing), much attention has recently been devoted to the utilization of more environmentally friendly processes such as emulsion polymerization. Soft polymer networks are commonly used as previous termpressure sensitive adhesivesnext term (PSAs). This is due to their unique ability to deform and yet to resist flow. These contradictory requirements indicate that the mechanical properties are finely tuned, and that the types of deformation upon application are carefully considered. Variety of PSAs can be prepared by mixing a linear vinyl terminated polymer with a silane terminated f-functional cross-linker. Jensen et al., 2009 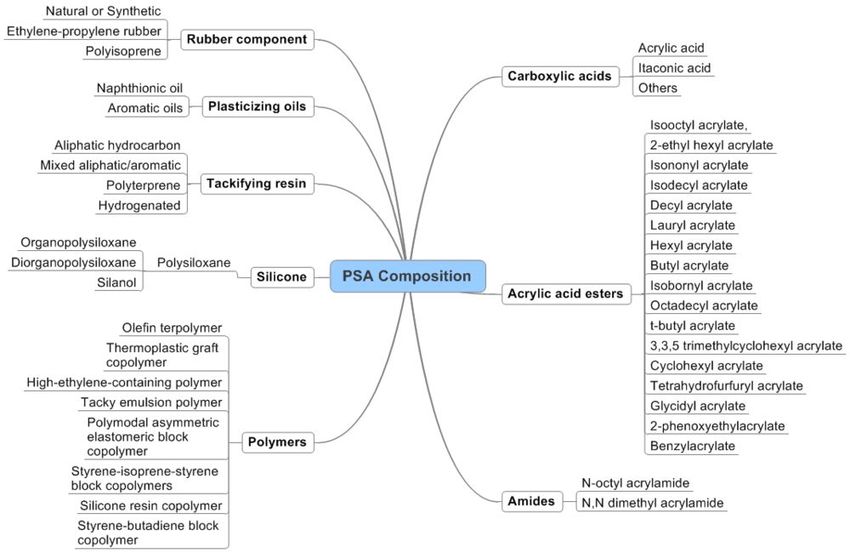