Revision as of 06:18, 11 January 2018 by Venkatram.a (Talk | contribs) (Created page with "=Objective= This wiki is a demo which provides overall IP insights related to Hybrid Electric Vehicles. The wiki focuses on technological and IP related insights based on a se...")
(diff) ← Older revision | Latest revision (diff) | Newer revision → (diff)

This wiki is a demo which provides overall IP insights related to Hybrid Electric Vehicles. The wiki focuses on technological and IP related insights based on a set of selected patents.

A hybrid electric vehicle (HEV) is a type of hybrid vehicle and electric vehicle which combines a conventional internal combustion engine (ICE) propulsion system with an electric propulsion system. The presence of the electric powertrain is intended to achieve either better fuel economy than a conventional vehicle or better performance. There are a variety of HEV types, and the degree to which they function as EVs varies as well. The most common form of HEV is the hybrid electric car, although hybrid electric trucks (pickups and tractors) and buses also exist. Modern HEVs make use of efficiency-improving technologies such as regenerative braking, which converts the vehicle's kinetic energy into electric energy to charge the battery, rather than wasting it as heat energy as conventional brakes do. Some varieties of HEVs use their internal combustion engine to generate electricity by spinning an electrical generator (this combination is known as a motor-generator), to either recharge their batteries or to directly power the electric drive motors. Many HEVs reduce idle emissions by shutting down the ICE when idle and restarting it when needed; this is known as a start-stop system. A hybrid-electric produces less emissions from its ICE than a comparably-sized gasoline car, since an HEV's gasoline engine is usually smaller than a comparably-sized pure gasoline-burning vehicle (natural gas and propane fuels produce lower emissions) and if not used to directly drive the car, can be geared to run at maximum efficiency, further improving fuel economy.Source HEV Wikipedia

Transportation accounts for 41% of the sources of global warming. Electric vehicles can help dramatically reduce the production of greenhouse gases. A hybrid electric vehicle combines the internal combustion engine with an electric propulsion system which helps it achieve better fuel economy than a conventional fuel engine based vehicle. Initially hybrid vehicles were considered unnecessary but with increase in the price of petroleum, automobile manufacturers started to release more hybrids. Now hybrid vehicles are expected to form a core segment of the automotive market in future. Over 6.8 million hybrid electric vehicles have been sold worldwide - with United States being the world's largest hybrid market followed by Japan. The most iconic hybrid vehicle brand has been Toyota Prius which also makes Toyota the market leader in hybrid vehicles followed by Honda. 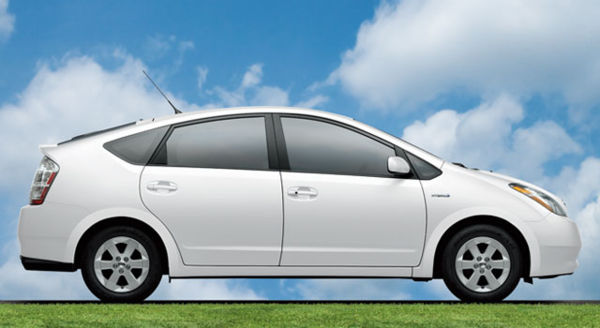 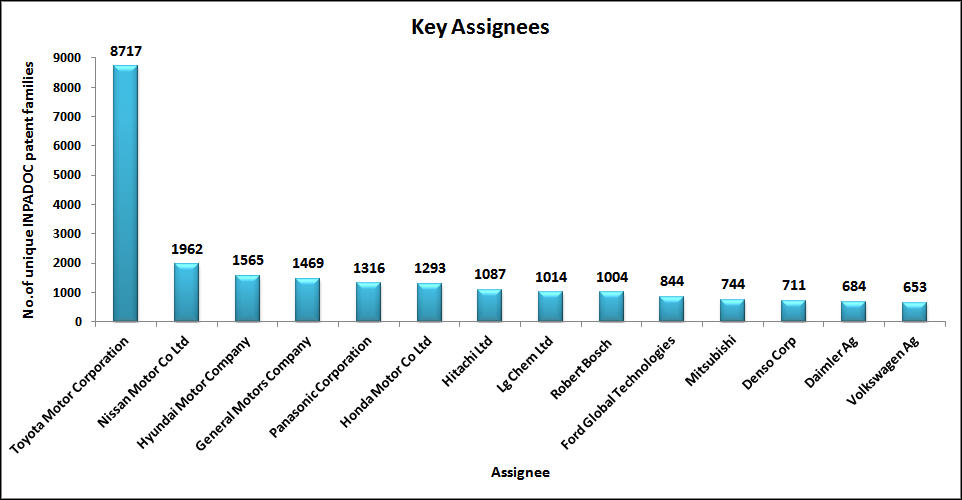 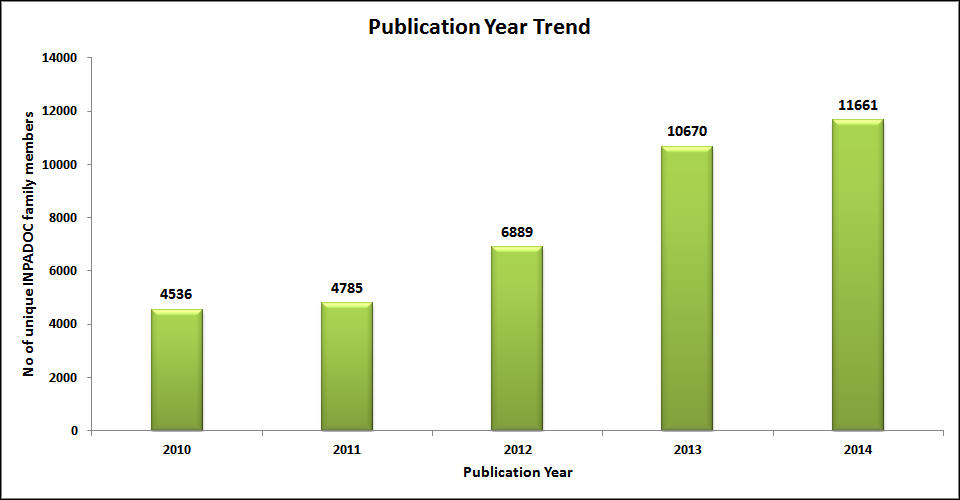 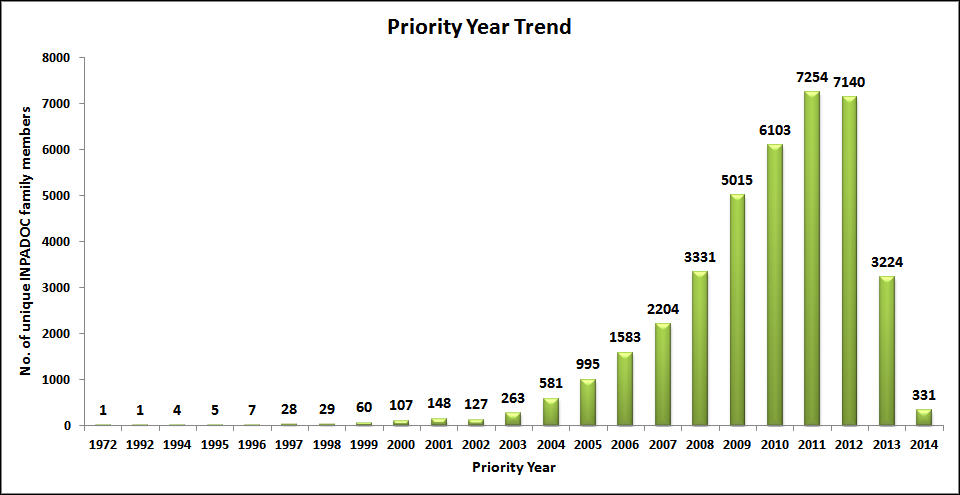 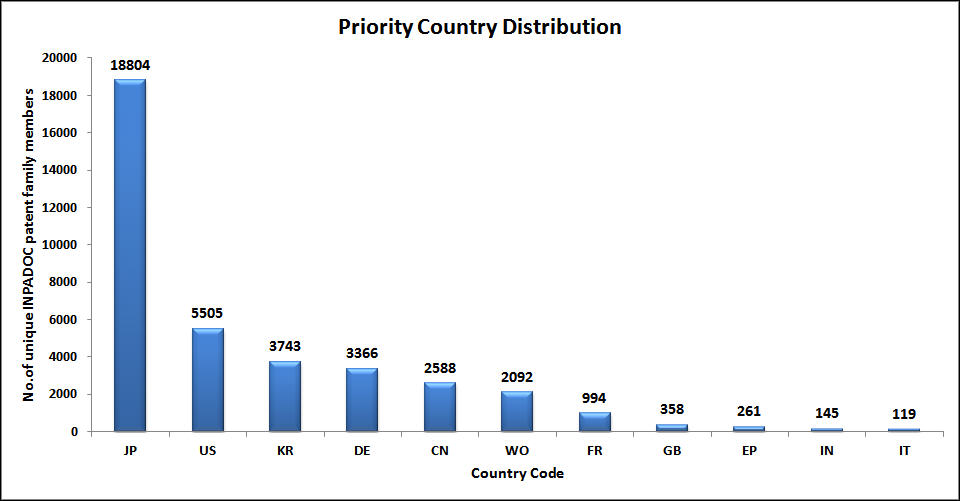 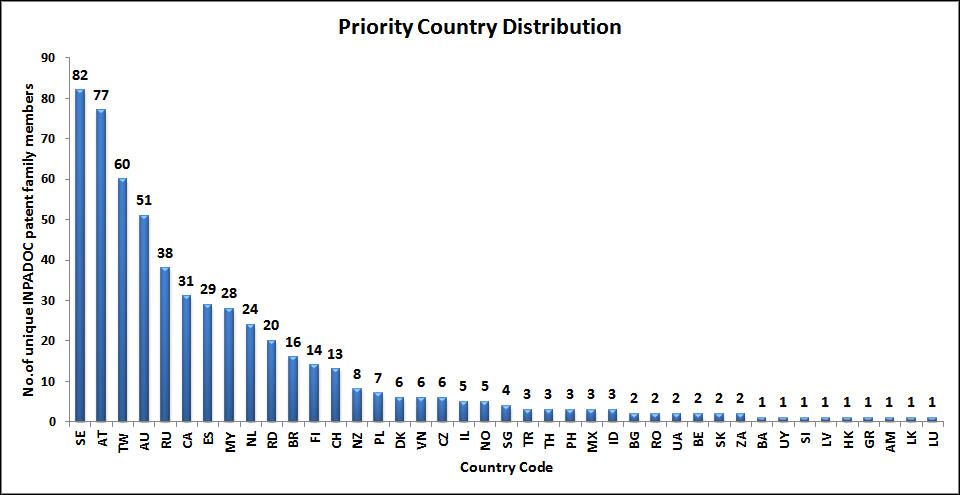 Note: While making the geographic distribution of patents, only the granted patents are considered and their publication is removed, thus eliminating the duplicates. 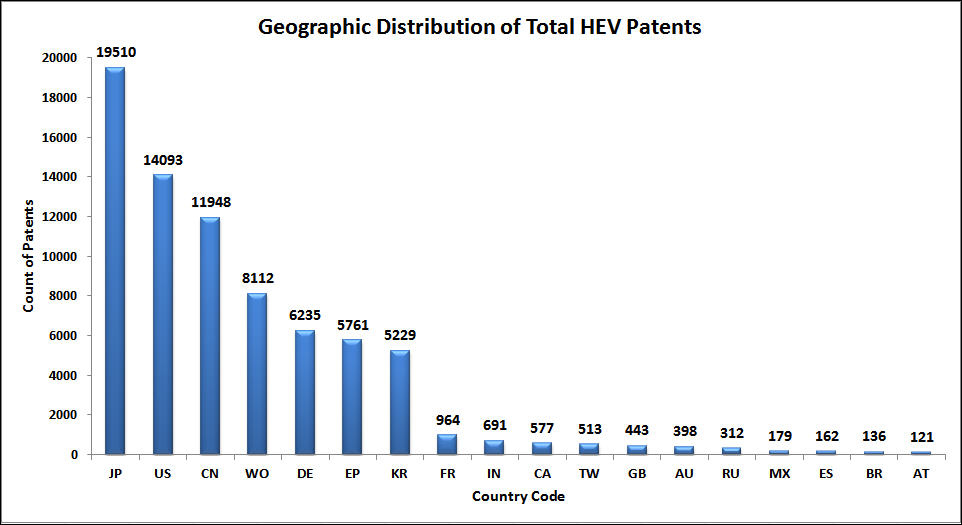 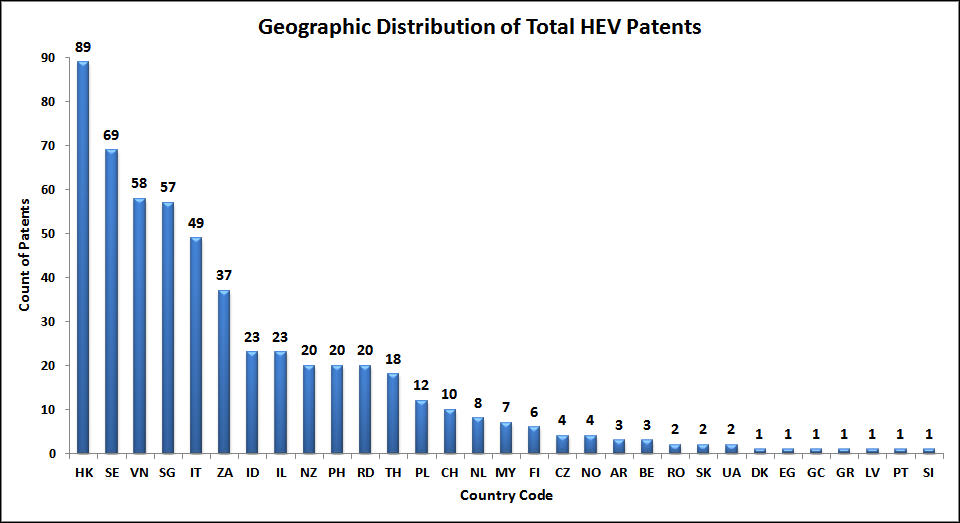 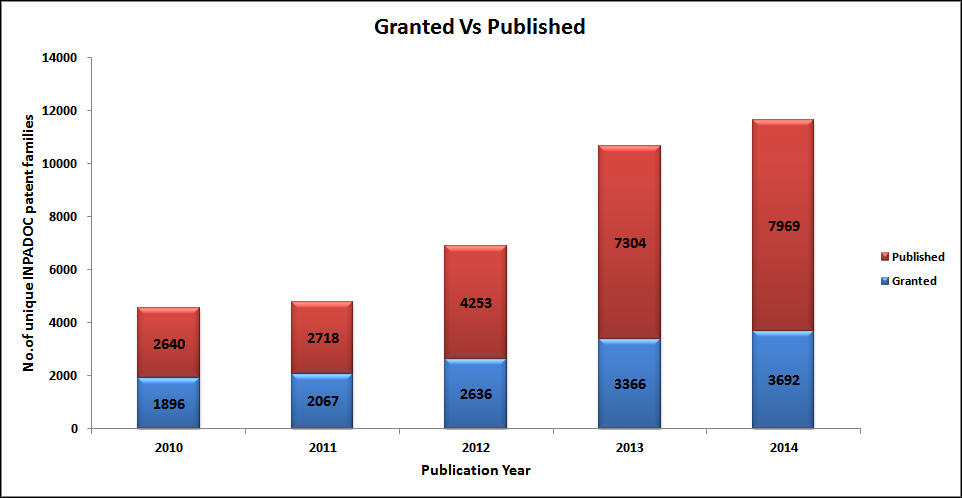 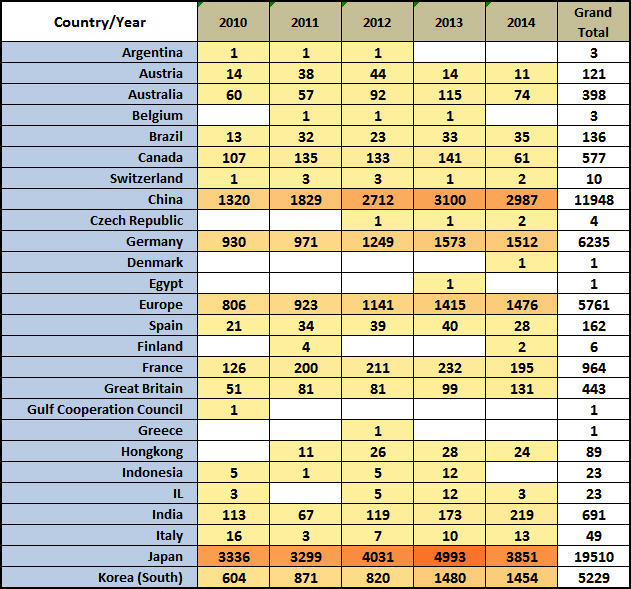 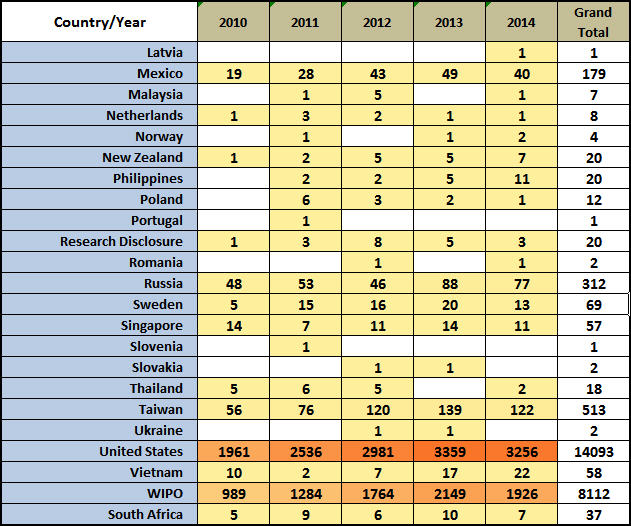 Insights on Detailed Analysis for a Specific Set of Patent Documents

The dashboard contains patents categorized according to the taxonomy provided. 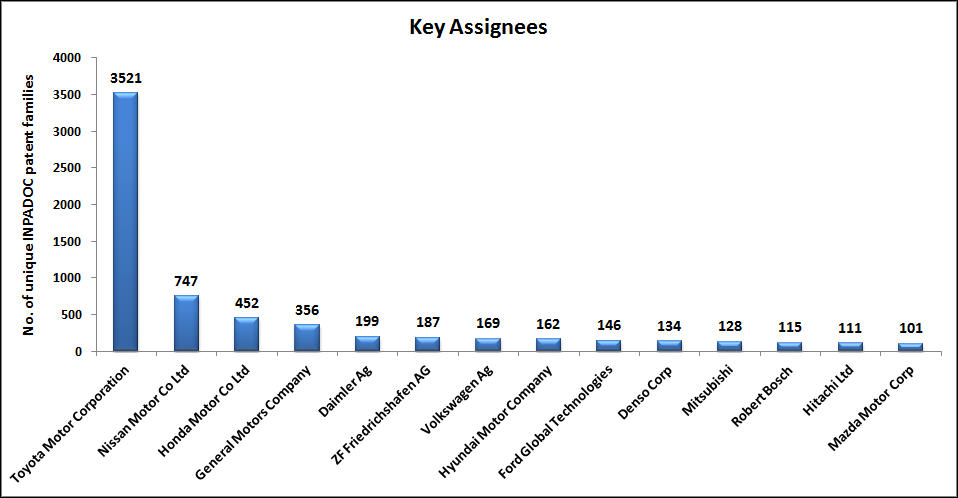 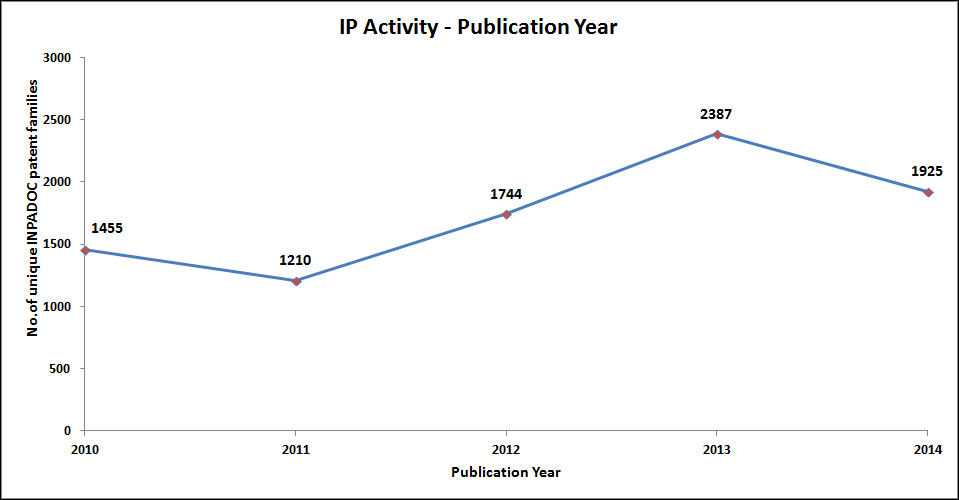 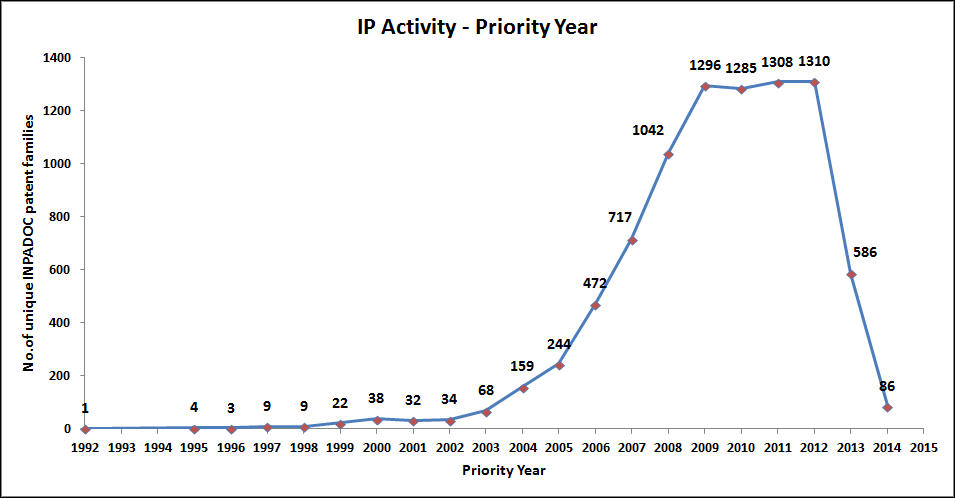 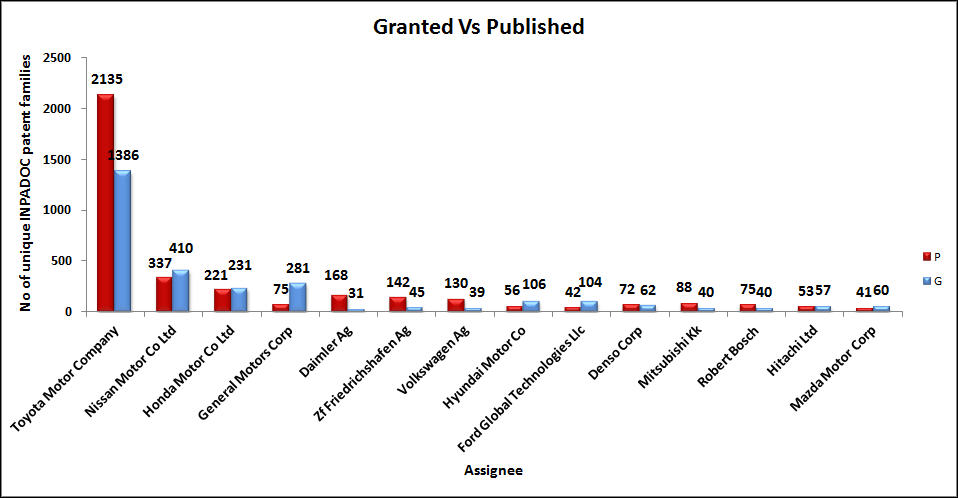 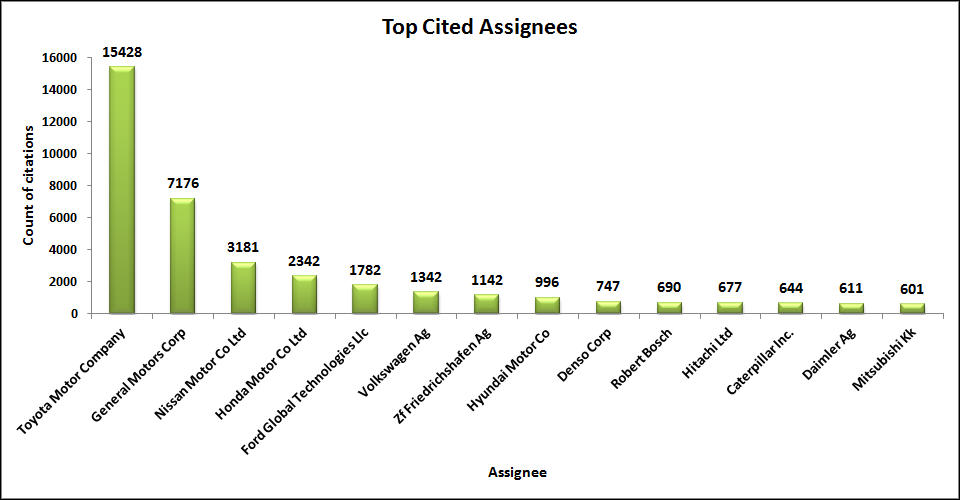 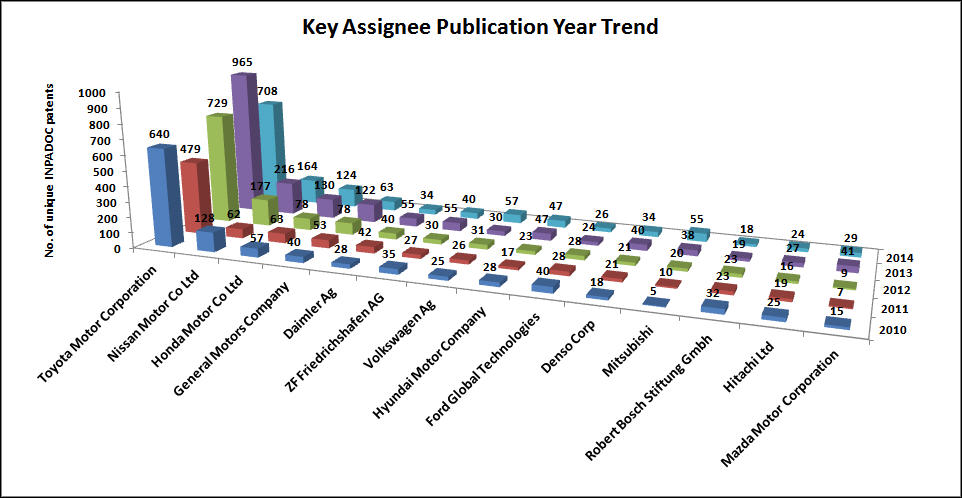 Key Assignee Vs Type of Hybrid 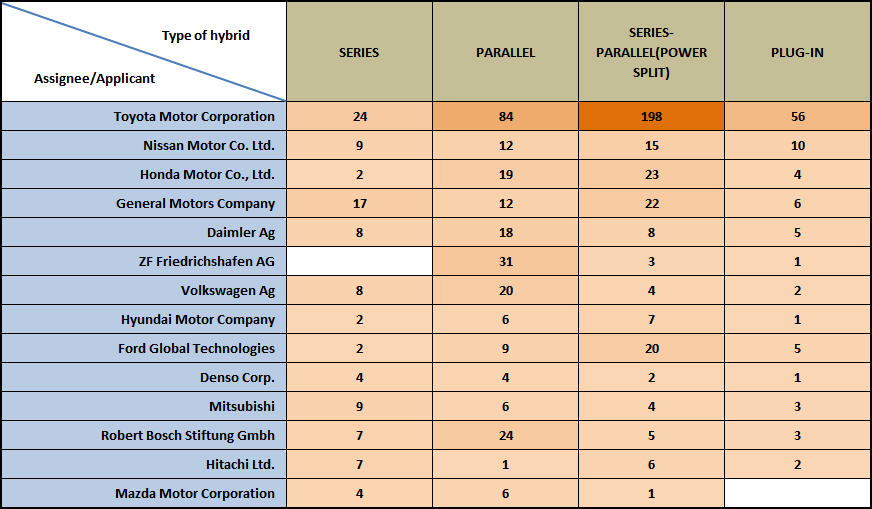 Key Assignee Vs Type of control

"Key Assignee Vs Type of control"

Type of control Vs Publication Year 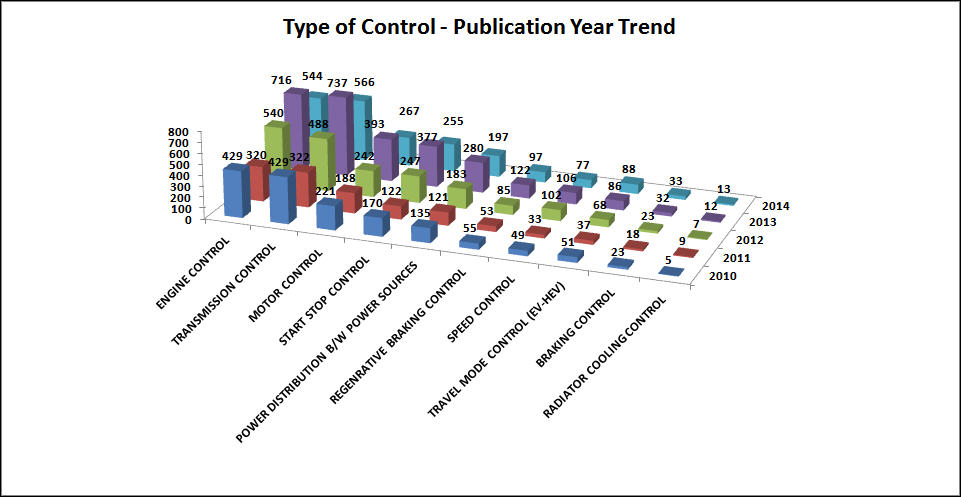 "Type of Control Vs Publication Year" 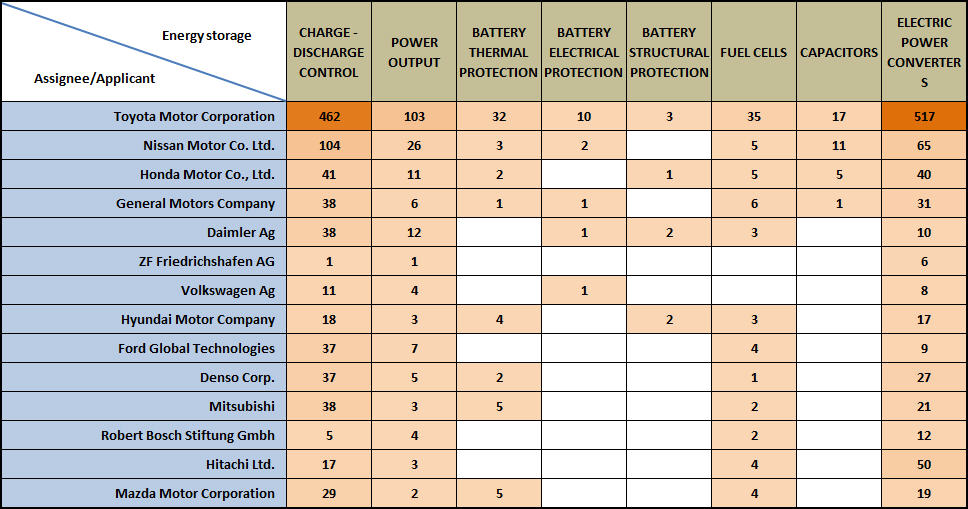 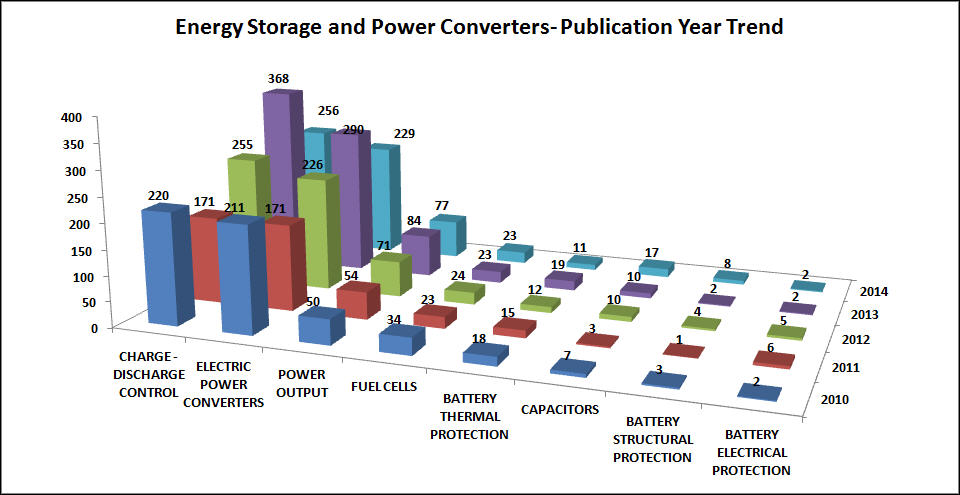 Key Assignee Vs Type of transmission 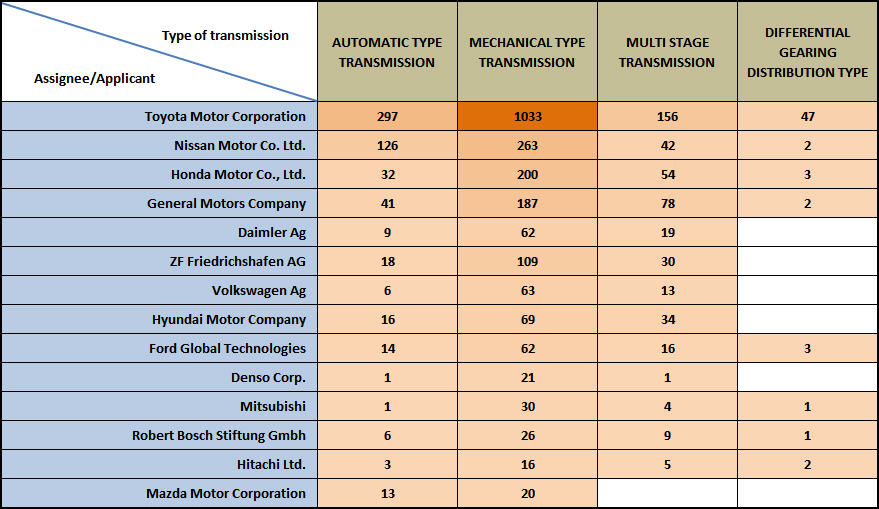