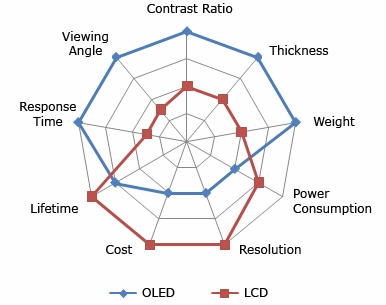 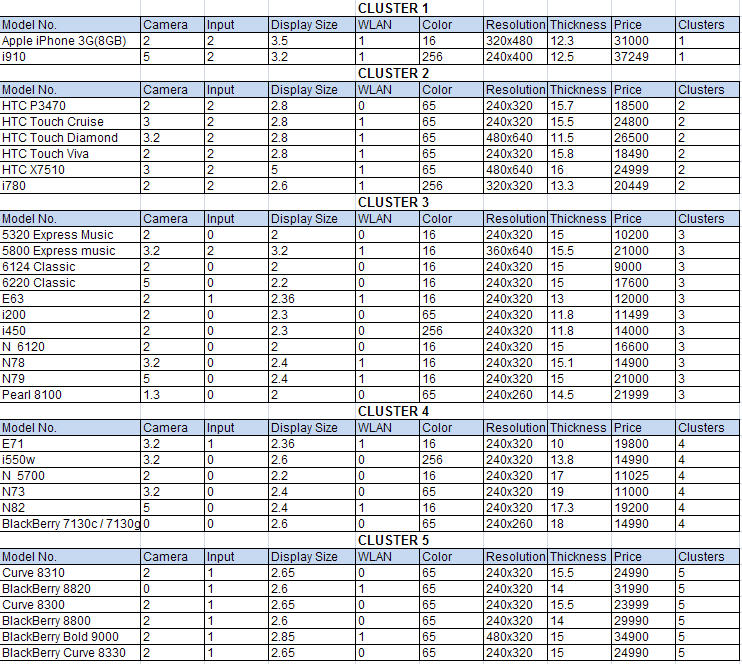 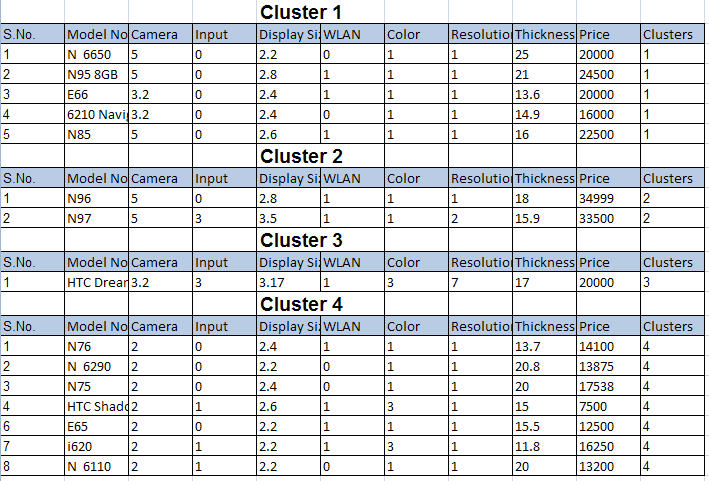 The matrices presented here show the common attributes for each cluster identified above and list the smart-phone models for each. The outliers are the models which could have fallen into some other cluster barring a particular attribute. This has been explained in the notes. 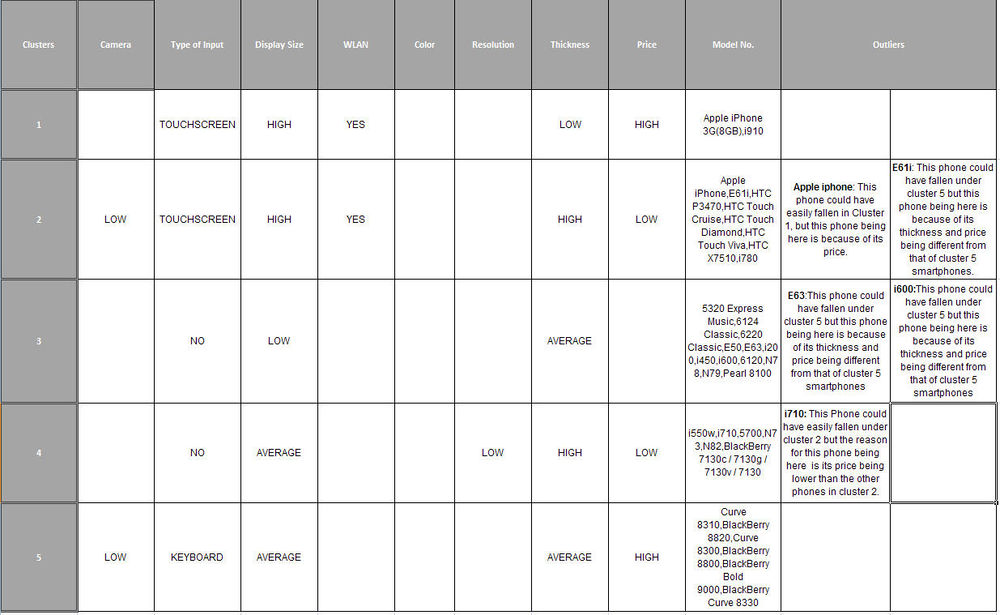