To create a technology landscape report on Campylobacter control in meat

Campylobacter bacteria are a major cause of foodborne diarrhoeal illness (Campylobacteriosis) in humans and are the most common bacteria that cause gastroenteritis worldwide. Campylobacter infections are generally mild, but can be fatal among very young children, elderly and immune-suppressed individuals [WHO] The Campylobacter spp. associated with gastrointestinal illness in humans include C. jejuni, C. coli, C. lari, C. fetus and C. upsaliensis [Food safety and Authority of Ireland] 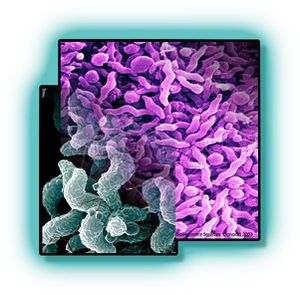 The bacteria normally inhabit the intestinal tract of warm-blooded animals such as poultry, cattle, pigs, sheep, ostriches and shellfish; and in pets, including cats and dogs. Hence they are frequently detected in foods derived from these animals. Most often, carcasses or meat are contaminated by Campylobacter from faeces during slaughtering. The main route of transmission is generally believed to be foodborne, via undercooked meat and meat products, as well as raw or contaminated milk. Contaminated water or ice is also a source of infection [WHO] Poultry meat is known to be one of the most important sources of Campylobacter for humans. However, Campylobacter colonization in the gut is prevalent in all animals. Campylobacter is mainly a contamination of the surface of the carcass and bovine, ovine and porcine carcasses and can also test positive for Campylobacter immediately after slaughter. Storage (cooling down) of the carcasses under dry air conditions results in the death of Campylobacter and reduced Campylobacter counts after a prolonged time. At retail level, the Campylobacter contamination levels of non-poultry meat are clearly less than the levels in poultry. It is to be expected that red meat contributes to human campylobacteriosis to a much lesser degree than poultry [Wagenaar et al.]

The Campylobacter spp. are sensitive to freezing, heating (pasteurisation/cooking), drying, acidic conditions (pickling), disinfectants and irradiation. They survive poorly at room temperature (21°C) and in general survive better at cooling temperatures. They can grow on moist foods at temperatures between 37°C and 45°C, with an optimum temperature of 42°C. It has been estimated that consumption of a small number of organisms (500 or less) may be associated with illness. Therefore, the fact that the organism does not multiply very effectively in most foods does not prevent it from causing foodborne illness. The organisms normally die quickly in the presence of air and are very sensitive to oxygen breakdown products. Vacuum or gas packaging appears to have little effect on their survival [Food safety and Authority of Ireland]

Taxonomy was populated based on the detailed analysis of patents. 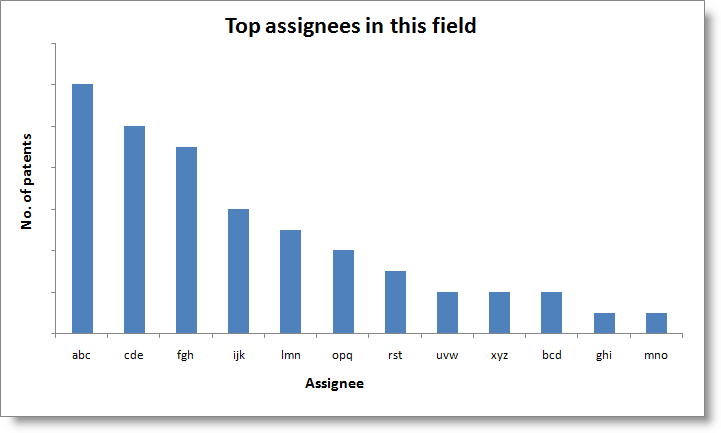 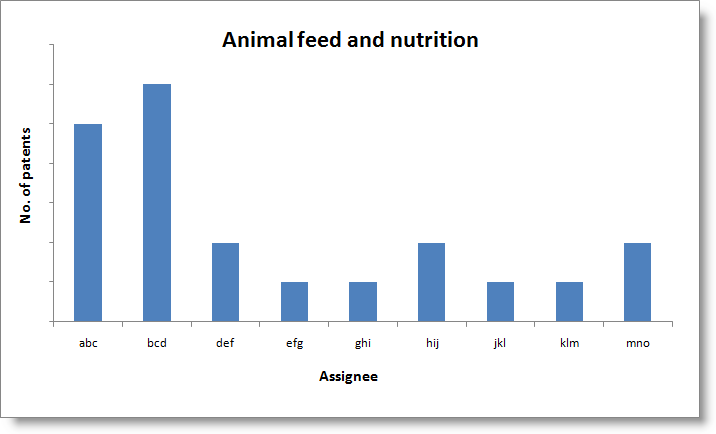 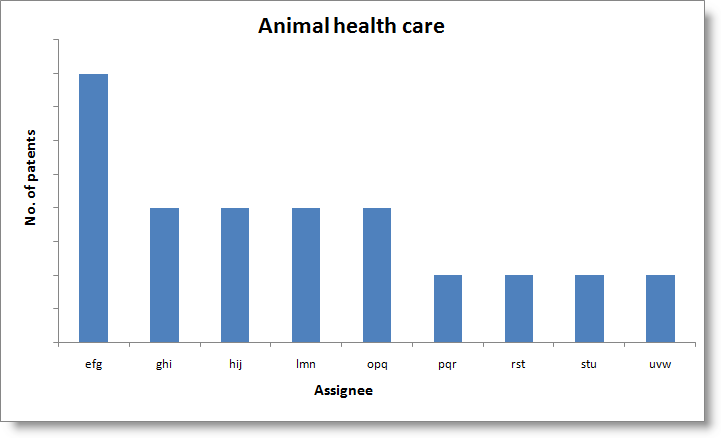 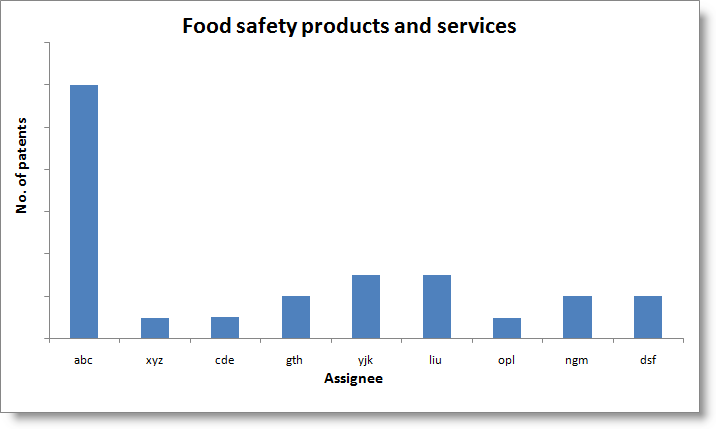 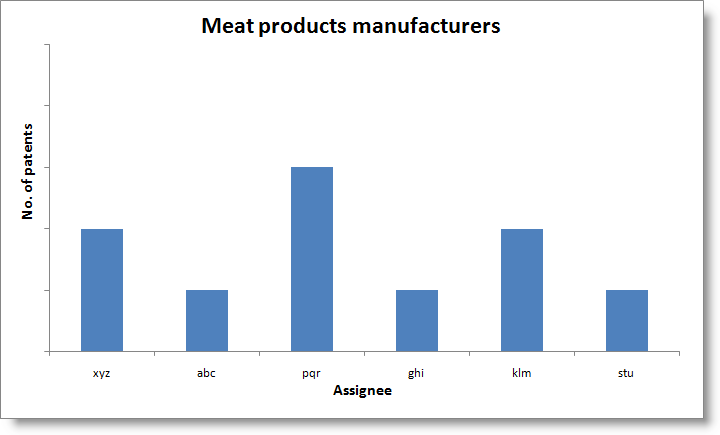 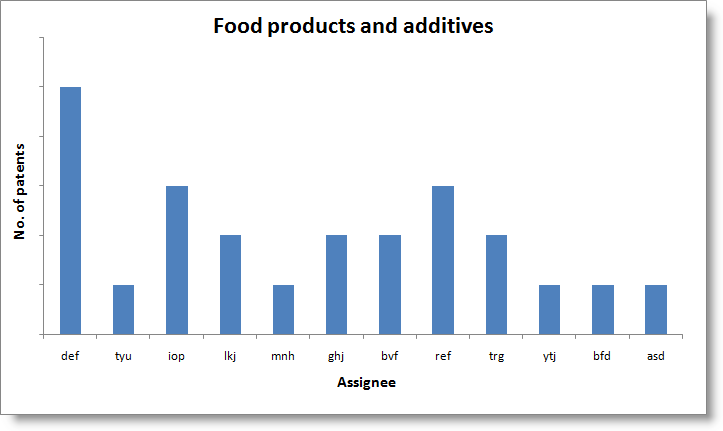 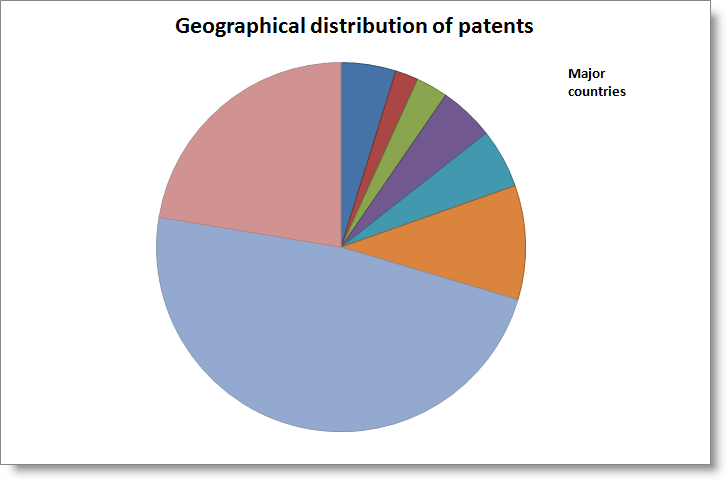 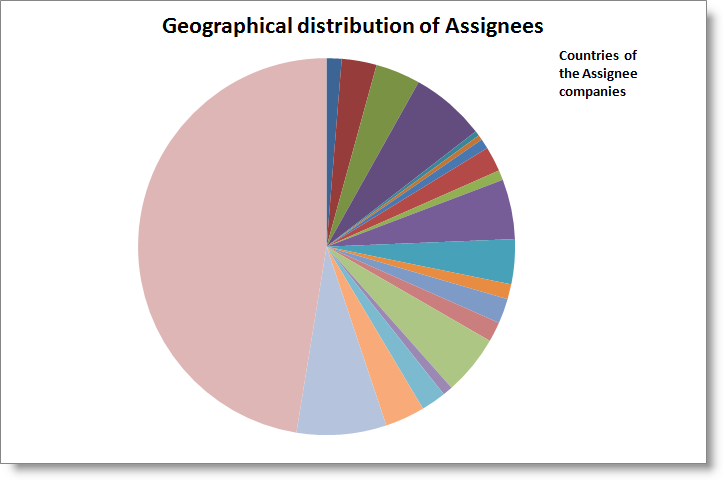 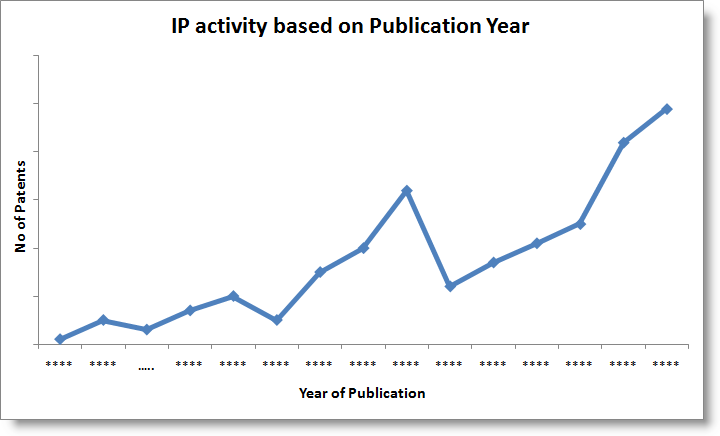 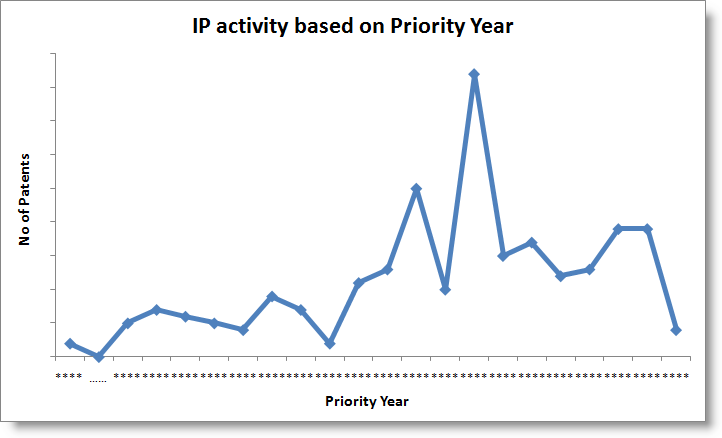 Patents with the maximum number of forward citations were determined and the graph shows the top 10 patents with corresponding assignees. 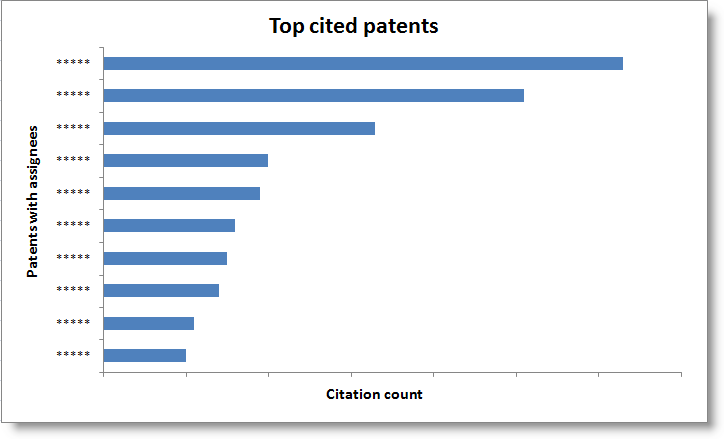 A comprehensible result in the form of Dolcera dashboard has been given. Dashboard links the Companies in each category to their patents, hence making an interactive platform for analysis. 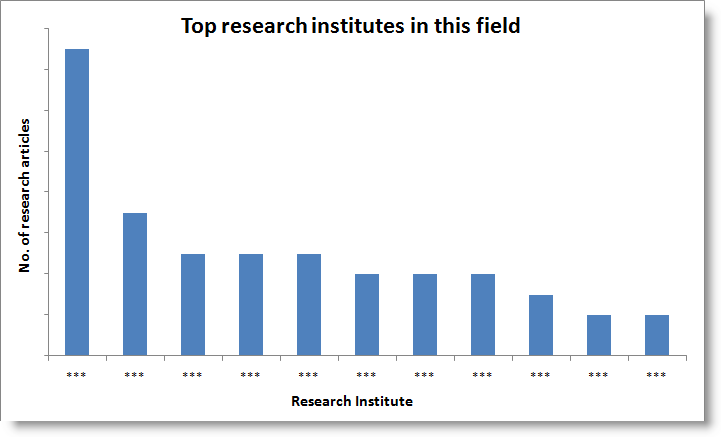