Imagine your commute to work.  You drive every day.  Your commute started getting longer and longer.  The commute is eating into your free time.  What happens?  Technology gives you a solution: an application that allows users to share real-time traffic information.  This information allows users to explore alternative routes with less traffic.  These alternative routes are shorter in comparison to your current commute.

But, something starts to change.  As more people learn about this new app and your new favorite shortcut, others start using the same shortcut.  Once again, your commute is miserable.

Something similar happened in patent litigation.  VE Holding Corp. v. Johnson Gas Appliance Co. is a Federal Circuit case that, similarly to the app above, created a route for litigation parties to file their cases in any federal court.  Non-practicing entities (“NPEs) used VE Holding to file complaints at the Eastern District of Texas.  NPEs used this route, they used it often, and they used it well.

NPEs are not viewed kindly in the intellectual property community because, among other things, they found a way to use the Federal Circuit’s finding in VE Holding to their advantage using it as a shortcut to bring patent infringement suits against alleged infringers in EDTX.  At first, litigation in the EDTX moved fast.  However, more parties started filing their patent infringement cases there to the point of creating congestion in a court that once had a reputation for having a rocket docket.  Like your commute, things started slowing down at the EDTX.

Well, if you are involved in any way, shape, or form in patent prosecution or patent litigation, you seek shortcuts that can help you from the time you are drafting your patent, during patent prosecution, and if needed, during litigation.  How do you do that? Glad you asked!

o          Telling you what claim language was approved by your assigned examiner in the specific technology area.  This shortcut is similar to the navigation app that helped you find a different and successful route. Dolcera gives you a different route – a shortcut to take based on what other successful patents have submitted and received USPTO approval.

o          Dolcera shows if a patent examiner is interview friendly or not. 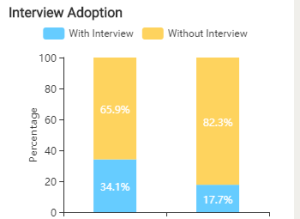 o          Dolcera shows you the allowances in cases with an interview.  This information could help prosecution teams decide if the pricey interview route would be a faster route to patent grant or not. 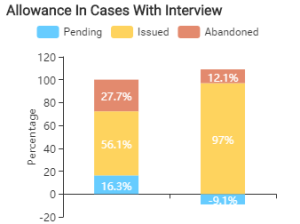 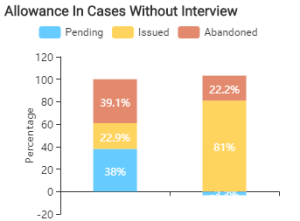 How do they do that?

This shortcut saves you time and money because Dolcera is already implementing an AI algorithm to get you the information you need.  With Dolcera, you get the information in a shorter amount of time, and because of that you bill your client less, your client is happy, you get more business.  It is, indeed, a win-win situation.

The more attentive you are in finding these effective and efficient shortcuts, like the analytics provided by Dolcera, the better you can help your clients involved in technology and law.